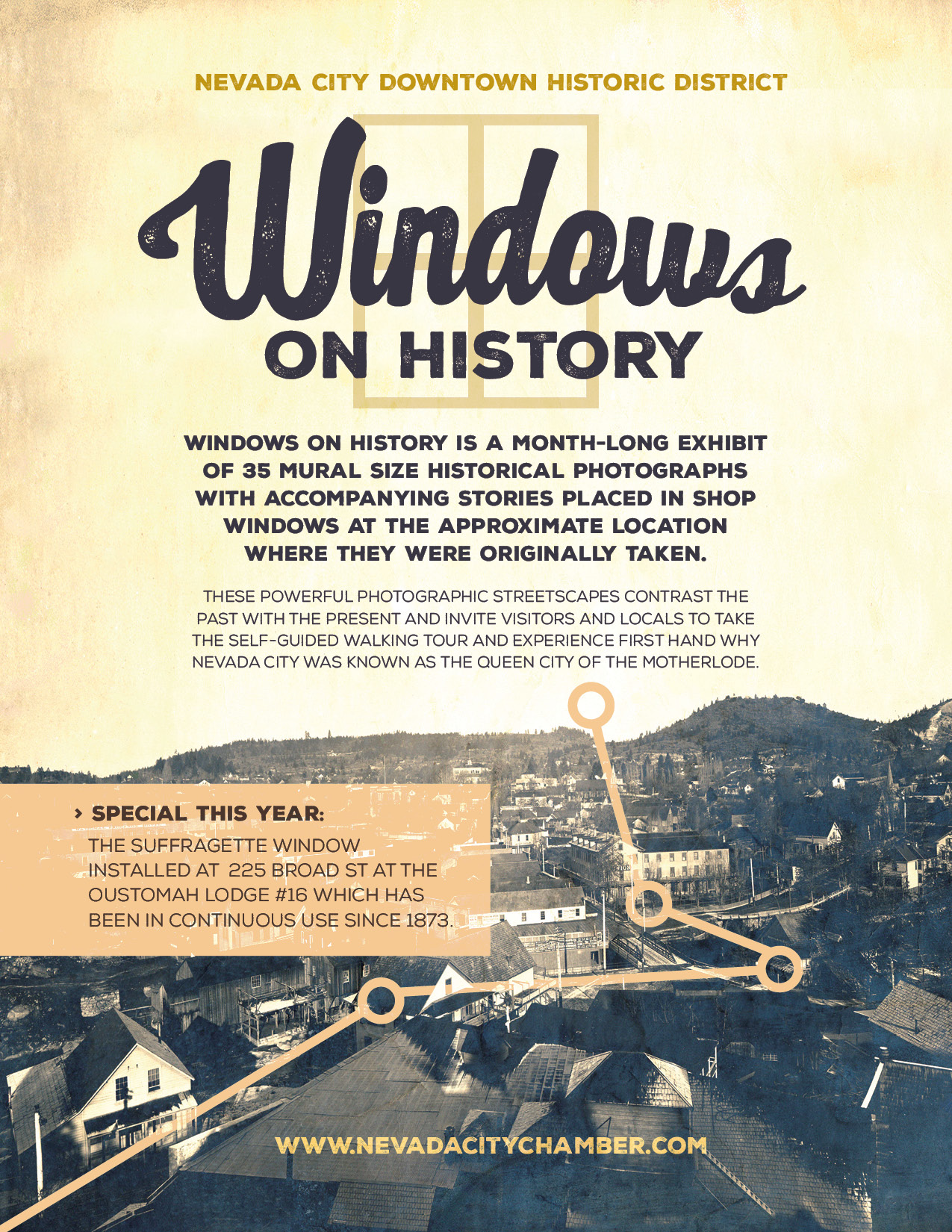 Windows on History is a month-long exhibit of 35 mural-size historical photographs with accompanying stories. Throughout October, these photos will be placed in shop windows at the approximate location where they were originally taken. These powerful photographic streetscapes contrast the past with the present and invite visitors and locals to take the self-guided walking tour and experience first hand why Nevada City was known as the Queen City of the Motherlode.

Special this Year: The Suffragette window installed at  225 Broad St at the Oustomah Lodge #16 which has been in continuous use since 1873. Enjoy the window: painted garden of hearts with roots entwined that honors the 100th Anniversary of the passing of the 19th Amendment and displayed alongside photos of lower Broad St from that same period. Take in the marionette window at the same location which features The Theatre of the Happy and the Lovely created for KVMR’s Celtic Festival to provide enchanting entertainment for children of all ages. The WOH photos in the window depict the streetscape of lower Broad at the turn of the century.

View the windows at Gold Mountain, 312 Broad St., that shows the contribution of the Chinese in the mid 1800’s.  Several Chinese families and individuals are pictured and their contribution to the gold rush mining history.