The latest edition of the “Animation Show of Shows”, a curated selection of the “best of the best” animated short films created by students and professionals around the world, returns to the Nevada Theatre Film Series. Featuring ten films from seven countries, the 2019 edition of the program offers an array of highly imaginative, thought-provoking, and moving works that reflect the filmmakers’ unique perspectives and their relationship to the world.

“Animation is an incredibly versatile medium that allows artists to explore situations and ideas that you won’t see anywhere else,” says “Animation Show of Shows” founder and curator Ron Diamond. “From political and philosophical concerns, to the complexities of individual identity and personal relationships, animated short films are uniquely able to capture the many facets of human experience.”

The “21st Annual Animation Show of Shows” has a running time of 83 minutes and includes 10 films, one of which, “Daughter”, has been Short Listed for the 92nd Academy Awards. The complete lineup is:

The films are being shown at 7pm (with doors opening at 6:30) and admission is $8. For more information, to view the trailer, or to purchase advance tickets, visit www.sierratheaters.com 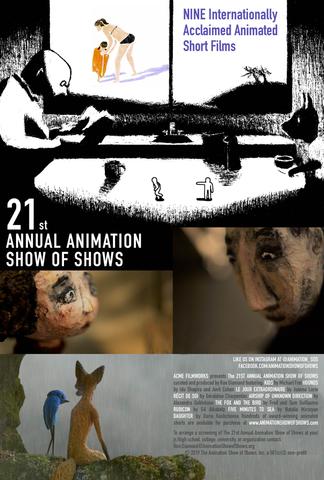 What: “21st Annual Animation Show of Shows” at the Nevada Theatre Film