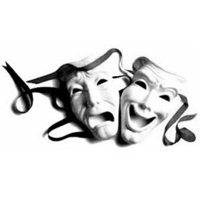 WHO: Sierra Stages and Miners Foundry Cultural Center present Theater By the  Book: Much Ado About Nothing

TICKETS: $10 Suggested Donation, Tickets are available online at www.minersfoundry.org, by phone (530) 265-5040 or in person at the Miners Foundry, or at the door.

Celebrate the 400th anniversary of William Shakespeare’s life with this special Theatre By the Book reading of one of his most enjoyable comedies, Much Ado About Nothing, Wednesday, May 18, at the Miners Foundry Cultural Center. Theater By the Book is a series of informal play readings for the community, presented by Sierra Stages and the Miners Foundry.

“Much Ado About Nothing is a marvelous comedy that works well in a reading, and its circumstances permit me to set the action in our very own Nevada City and so bring the characters and the story close to home,” explains Mason.

In Much Ado About Nothing, the main event is the battle of wits between Beatrice and Benedick, but Shakespeare frames that unique courtship with a conspiracy to sabotage the wedding of a more traditional young couple and hurl the entire community into near-tragic chaos.

But what and where is that community? Shakespeare set the action in Messina, where the locals are thrilled to host a visit by Don Pedro, Prince of Aragon. Now, it’s true that Aragon had once been a maritime monarchy that included Sicily, but it had been swept into the Kingdom of Spain well before Shakespeare was born, and as far as we know, the playwright never visited the Mediterranean.

So Messina isn’t a real place; it’s whatever we want it to be. Most immediately, it’s a destination for soldiers on leave; the action begins when Don Pedro and his officers take a break from the wars to look for a holiday.

This rendition of the play is set right here in Nevada City, the home of afternoons at the river, weekend retreats to Victorian bed-and-breakfasts, and Summer Nights on Broad Street. Don Pedro’s company slips away from the metaphorical battles of high-tech enterprise in San Francisco, and Leonato’s household makes them welcome.

Much Ado About Nothing becomes an exercise in restoring order: remembering that Don John is treacherous, verifying that Hero is innocent, and realizing that even the bewildered Dogberry sometimes gets it right. Most of all, the play takes Benedick and Beatrice on a journey from verbal fencing through a revenge compact to finally admitting that, yes, they really are in love, which is what everybody else suspected all along!

“Throughout his work, Shakespeare demonstrates marvelous insight into people, and people haven’t changed that much since he wrote his plays,” says Mason. “And let’s not forget that Shakespeare was a theatre guy, an actor, and a member of a company who knew how to connect with an audience.”