Winner of the Jury Award at SYRCL’s Wild & Scenic Film Festival. Academy Award-winning Passion Pictures and HHMI Tangled Bank Studios present one of the most important but untold science stories of our time.

Beginning in the 1960s, a small band of young scientists headed out into the wilderness, driven by an insatiable curiosity about how nature works. Exploring some of the most remote and spectacular places on Earth – from the majestic Serengeti to the Amazon jungle; from the Arctic Ocean to Pacific tide pools – they discovered a single set of rules that govern all life. Now in the twilight of their eminent careers, these five unsung heroes of modern ecology share the stories of their adventures, reveal how their pioneering work flipped our view of nature on its head, and give us a chance to reimagine the world as it could and should be.

“The Serengeti Rules” celebrates not only the diversity and beauty of the natural world but also recognizes the transformative power of curiosity and knowledge.” Kimber Myers, Los Angeles Times

Today is Father’s Day. Bring your father and he gets in free! 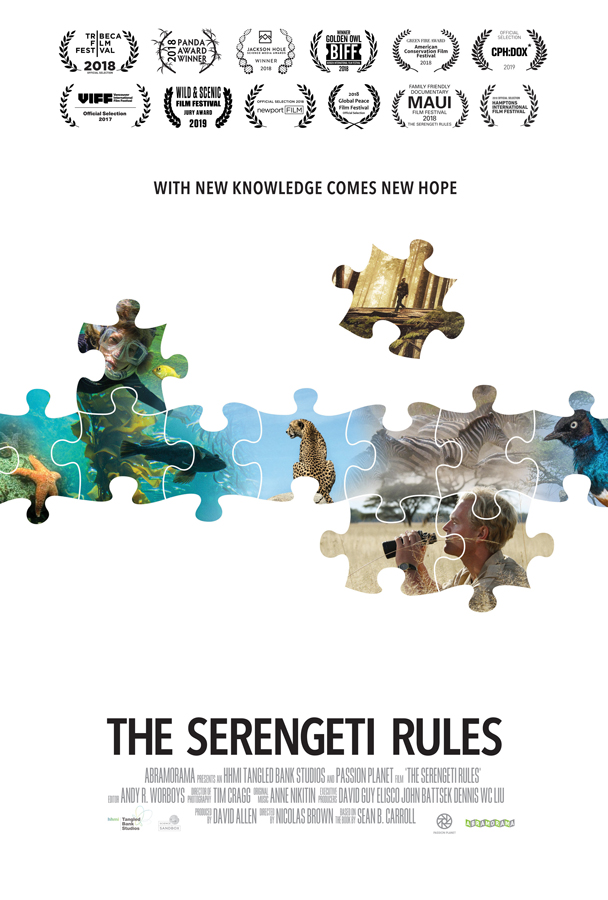 What:  “The Serengeti Rules” at the Nevada Theatre Film