The South Yuba River Citizens League is receiving an Award for their outstanding community service. The Nevada City Chamber of Commerce presents the prestigious Kilroy award, established in 1969, annually to a citizen or organization whose efforts help make Nevada City a better community.

The Chamber’s Board of Directors selected SYRCL to honor their work in creating the annual Wild and Scenic Film Festival. The Film Festival brings thousands of people to the community in January, is environmentally educational and a great asset to the area.

“The Board appreciates everything SYRCL does making the community environmentally aware and it also keeps Nevada City in the limelight during January, a slow time for businesses” said Chamber Executive Director Cathy Whittlesey.

The Kilroy Award is one of the several annual awards presented by the Nevada City Chamber of Commerce.

Pam Hodges, is being honored with the Dr. Leland and Sally Lewis Visual Arts Award.

Micah Cone who is the recipient of the 2019 Dr. Leland and Sally Lewis Performing Arts Award.

Jeffrey Clark, owner of the Onyx Theatre, is being recognized with the Annual Stan Halls Architectural Award for an extensive remodel and expansion that was guided by Moses Jones.

Gary Regina is the recipient of the Chamber’s 2019 Live Music Award.

The City of Nevada City is being awarded the W. Lon Cooper New Construction Award for the recently constructed Restrooms at the Tennis Courts at Pioneer Park. 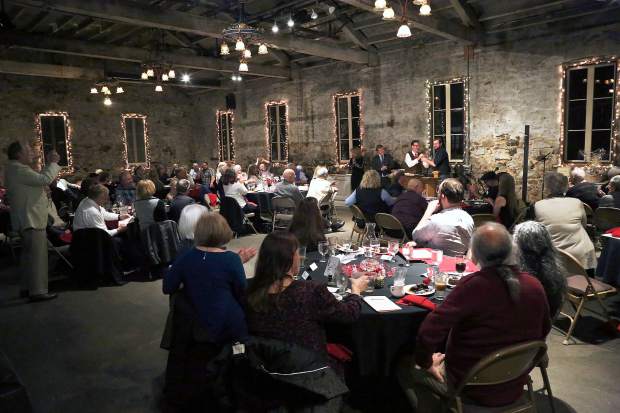