In “Blithe Spirit,” the novelist Charles Condomine is working on his latest book “The Unseen.” As part of his research, Charles and his wife Ruth invite the eccentric medium and clairvoyant, Madame Arcati, to conduct a séance at their country house. The evening takes a supernatural turn when Madame Arcati conjures Charles’ deceased first wife, Elvira, from the afterlife. Elvira decides to haunt Charles and do her best to disrupt his second marriage to Ruth. Love and marriage quickly devolve into laughter and mayhem, as doors bang, vases fly, and invectives abound in this witty, spirited comedy.

Written in 1941, “Blithe Spirit” was an immediate, huge hit in both London and New York. The play has remained wildly popular in the seven decades since, with thousands of professional and amateur productions all over the world. In 1945, David Lean directed a film version starring Rex Harrison as Charles. More recently, the play was successfully revived on Broadway in 2009, with a Tony Award-winning performance by Angela Lansbury as Madame Arcati, a role she repeated on tour to Los Angeles and San Francisco in 2015.

By the time he wrote “Blithe Spirit”, Coward was a highly successful and prolific writer. The 1930’s saw the premieres of many of Coward’s best and best-known plays, including “Hay Fever,” “Private Lives,” “Design for Living,” and “Present Laughter,” as well as the musicals “Bittersweet” and “Pacific 1860.” Many believe that “Blithe Spirit” may be Coward’s finest comedy: in 1964 Coward wrote, “I must say, with what will seem to be a refreshing gust of modesty, that in my opinion I have never achieved the perfect play that I have always longed, and will always long, to write – but I shall ever be grateful for the almost psychic gift that enabled me to write “Blithe Spirit” in [six] days during one of the darkest years of the war.”

Performances of “Blithe Spirit” are on Fridays and Saturdays at 7:30 PM and Sundays at 2 PM. (There is also one Thursday evening performance on March 19 at 7:30 PM.) All seating is reserved. For the first performance on February 28, tickets are $20 for all seats. Thereafter, ticket prices are $30 (rows A-H) and $25 (rows J-O). Tickets may be purchased with no additional charge online at www.SierraStages.org and over the phone by calling Sierra Stages at 530.346.3210. Tickets may also be purchased at the door, subject to availability. Group rates are available for groups of 10 or more. $15 Student Rush tickets are sold at the door, subject to availability. 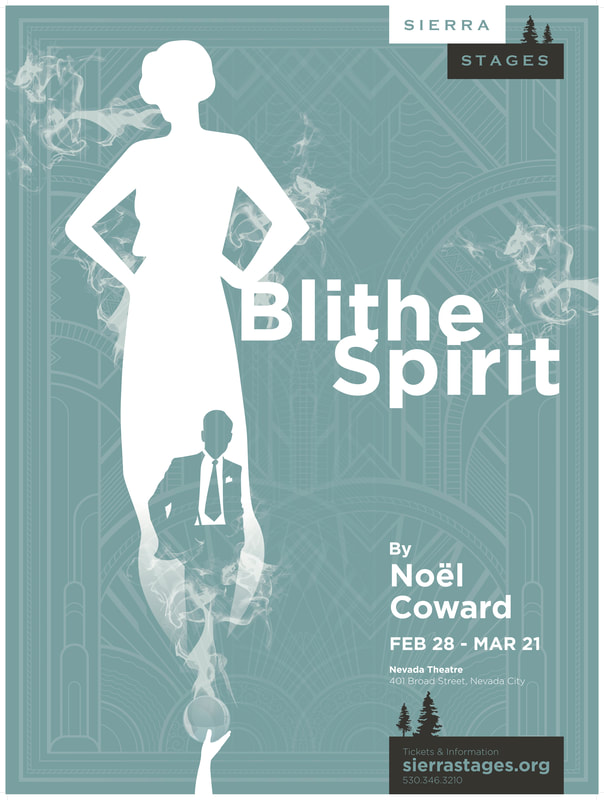 “Blithe Spirit” will be followed this summer by Stephen Sondheim’s musical masterpiece “Sweeney Todd, The Demon Barber of Fleet Street” (July 17 – August 8 at the Nevada Theatre) and this fall by Caryl Churchill’s inventive and dazzling p 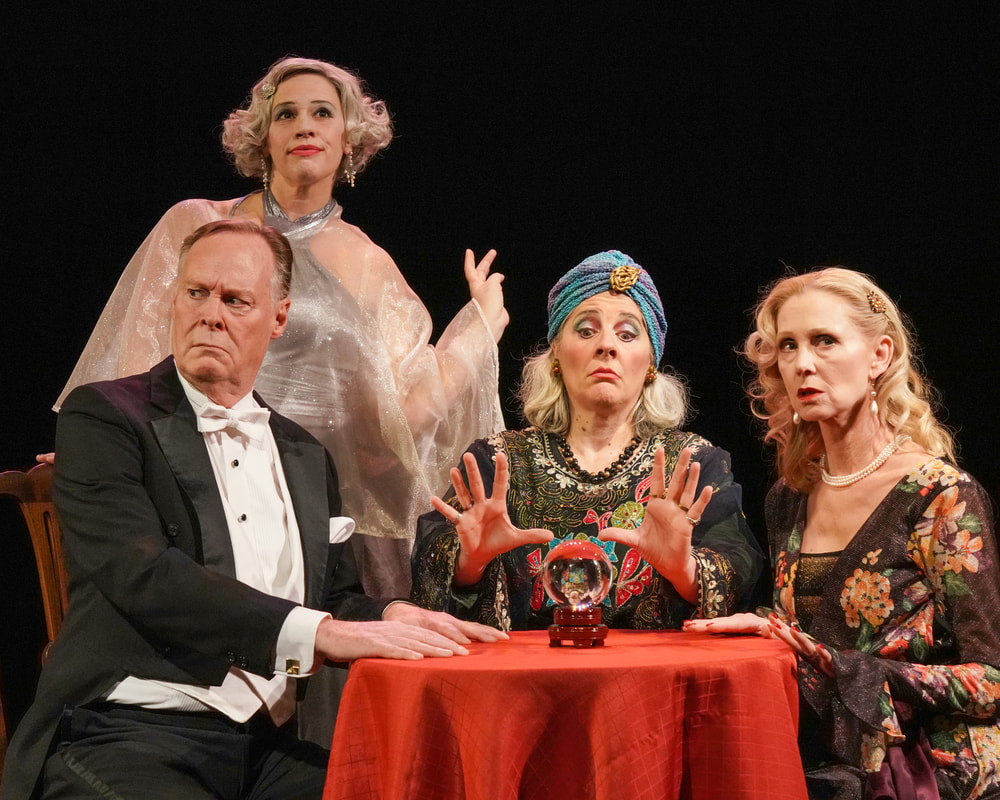