Made in 1936, this film addresses the dangers associated with smoking marijuana. In our more marijuana-enlightened society, “Reefer Madness: has become a comedic cult classic.

High-school principal Dr. Alfred Carroll relates to an audience of parents that marijuana can have devastating effects on teens. In his story, a drug supplier entices several restless teens, including sister and brother Mary and Jimmy Lane and Mary’s boyfriend, Bill, into frequenting a “reefer” house. Gradually, Bill and Jimmy are drawn into smoking dope, which affects their family lives and leads to a terrible crime.

“Espers’ 1936 film deserves its reputation as one of the most entertainingly bad movies ever made.” Keith Phipps, AV Club 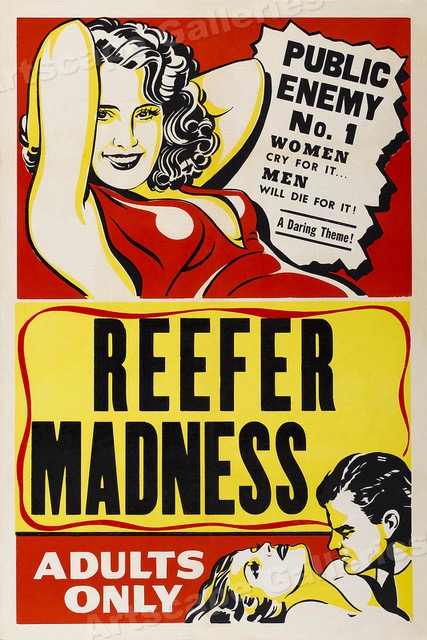 What: “Reefer Madness” at the Nevada Theatre Film