Combining street theatre, humour, and historical fact, the tour will not only offer true stories of Downtown Grass Valley’s historical past but will give guests the opportunity to interact with actors portraying such historical characters as Lola Montez; Black Bart; Lyman Gilmore; Texas Tommy, “The Last of the Great Madams,” and Mother Mary Baptiste Russell, the founder of Mount St. Mary’s.

“I was inspired to create this tour many years ago when I took a wonderful ghost tour in Ireland in which an actor, employing numerous costume changes, appeared from time to time in the course of the tour portraying various ghosts,” recalled Lyon. “It was great fun and, ever since, I have wanted to present something similar locally and, finally, all of the elements necessary to create such a tour have come together.

“Years ago,” Lyon continued, “I created the character of a charlatan, Professor Personius Delusio, for an historically based entertainment I presented for two years at the South Yuba River State Park’s Fall Festival. Working with me at this Bridgeport event were Elizabeth and John Siracusa with whom I had worked previously for several years performing interactive theatre pieces in their hometown of Winters. As the Siracusa’s are seasoned actors adept both at delivering the written portions of my script and in utilizing the improvisation skills necessary for street theatre and audience interaction, I knew I finally had the right team to collaborate with me in creating the tour I had envisioned.

“While all aspects of the tour will be historically accurate” Lyon concluded, “my goal is to present the factual material in a humourous and highly entertaining manner.”

There will be three tours only: Saturday June 29th, at 2:00 pm and, again, at 7:30 pm and Sunday, June 30th at 2:00 pm. All tours will depart from the corner of Church and Walsh Streets in Grass Valley (in front of the Emanuel Episcopal Church.)

Admission is $10, $5 for children 12 and under, while children 5 and under are admitted free. Reservations are not taken. Guests need merely to show up at the tour departure location and pay Professor Delusio at the time of the tour. 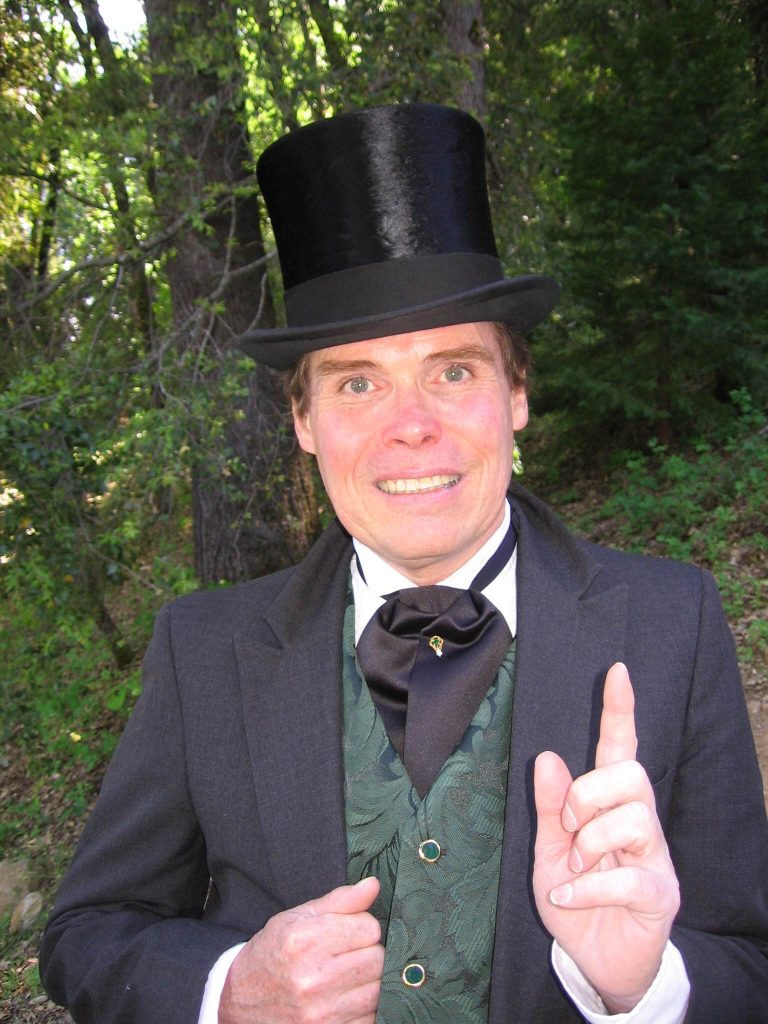 Where: The tours will depart from the corner of Church and Walsh Streets in Grass Valley (in front of the Emanuel Episcopal Church.)

Who: The tours will be lead by Mark Lyon (with appearances by actors portraying six historical Grass Valley characters.

What: An historical walking tour exploring the stories behind the buildings of Downtown Grass Valley and the fascinating characters who inhabited them.

Admission fee is paid at the tour location. Reservations are not taken. Guests need merely to show up at the tour departure location at the time of the tour.