Nevada City California’s 54th Annual Constitution Day Parade anchors a weekend of festivities on September 14 and 15, 2019 and this year, WE NEED YOU, so come on out and show your stars and stripes.

About the Parade
Founded by the late Col. William H. Lambert, Nevada City’s Constitution Day Parade has been held since 1967. It is one of the oldest and largest Constitution observances in the West, quite possibly in the entire United States. The event mixes fun and history and, since 1988, features the Famous Marching Presidents (and their First Ladies), a non-profit organization whose mission is to preserve and celebrate the importance of the United States Constitution and the Presidents elected to represent its citizens.

Art and Artifacts Part of Tradition
Nevada County artist and cultural icon R.L. Crabb joined the Famous Marching Presidents in 1993 and has created the Famous Marching Presidents logo annually ever since, with the Official Seal established in 1996. Known for his humor, one of his favorite logos shows Bill Clinton requesting advice from John F. Kennedy. This year, the logo gives a nod to Apollo 11 and the 50th anniversary of the first humans landing on the Moon, July 20, 1969. See the full history of artwork here. <https://famousmarchingpresidents.org/?page_id=13>

Photo caption: R.L. Crabb has done a distinctive logo for each year, shown here is a memorable favorite by the artist from 1998, as well as this years’s logo. 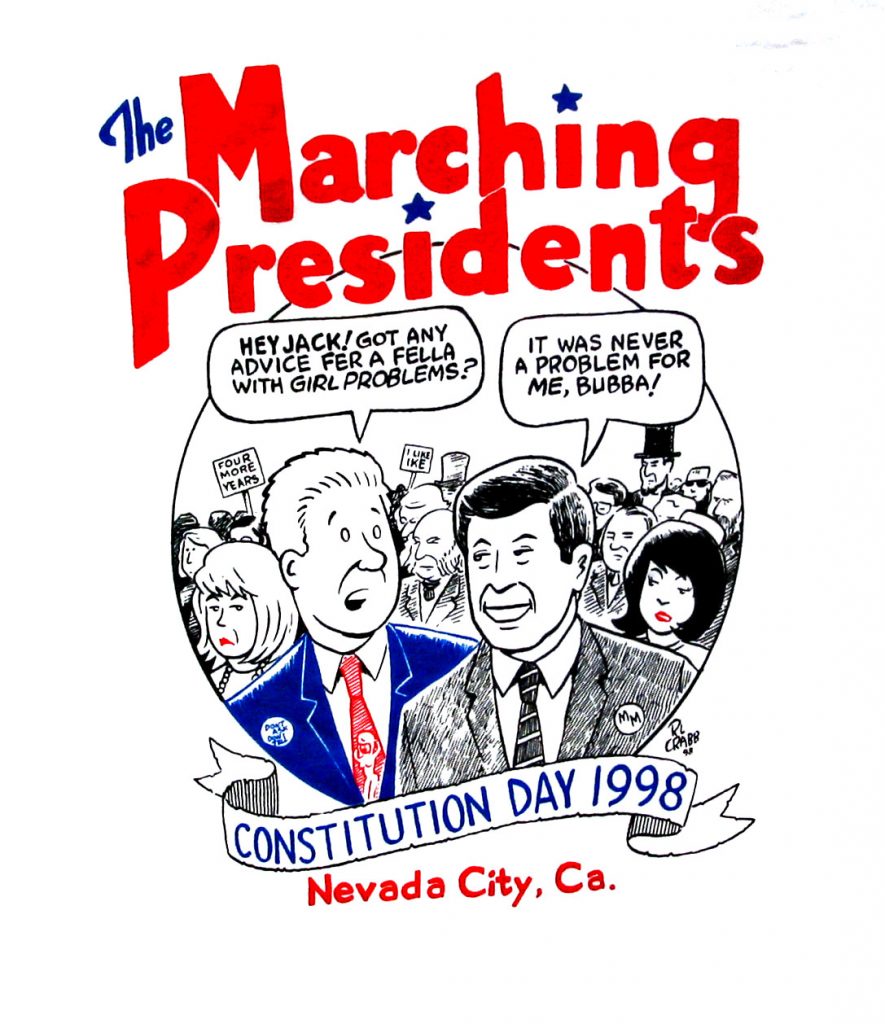 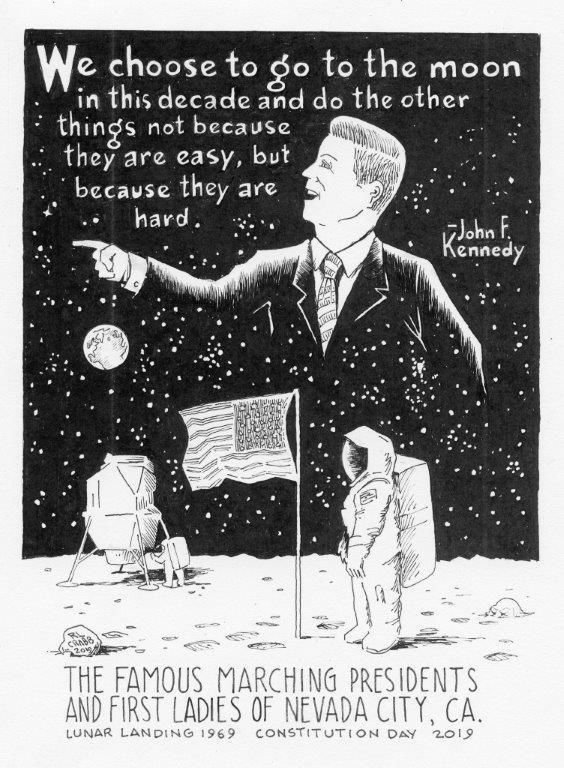