For summer 2019, the Nevada City Film Festival (NCFF) presents Movies Under the Pines, an outdoor cinema experience for the entire family, Saturdays, June 15, July 27 and Friday, Aug 30 at the Pioneer Park Bandshell in Nevada City.

NCFF carefully selects films that both kids and parents will enjoy. This year’s films include:

July 27 – What About Bob? (1991) In this classic 90s comedy directed by Frank Oz about a doctor-patient relationship pushed way beyond the office, Bill Murray plays Bob Wiley, a neurotic New Yorker struggling with a whirlwind of paralyzing phobias. When an exasperated colleague pawns the handful off on Dr. Leo Marvin (Richard Dreyfuss), the psychologist has no idea his last appointment will follow him north to New Hampshire on a month’s vacation. Bob takes to Dr. Marvin’s latest book like no therapy before it, so the well-meaning pest tracks Marvin down at his lakeside summer home to further discuss his problems. But Marvin, preparing for an interview on Good Morning America and a few weeks of R and R, views Bob’s stalking as highly inappropriate, and demands he return to New York. But Bob can’t take even the strongest hint, and sets up camp with a neighbor to indulge in his own “vacation” — from his problems.

“Movies Under the Pines is one of those endearing and sweet community events that warm your heart. We wanted this year’s films to reflect that feeling,” says Jesse Locks, Festival Director. “It is so popular, we have people travel from all over to experience this movie magic in a beautiful outdoor setting,”

The film festival brings in state of the art projection and sound to create an outdoor movie theatre on the grass at each venue.   Before each screening NCFF curates a special pre-show that includes screening local filmmakers works, movie trivia with fun festival prizes, and other events specific to each screening.

Gates open at 7:00pm for picnicking, films begin at Sunset, which depending on the time of year can be between 8 and 8:30pm.  Tickets $7/General Admission, $5/Children 12 & Under, $20/Family of 4. Tickets can be purchased online at www.nevadacityfilmfestival.com and will also be available at the gate. 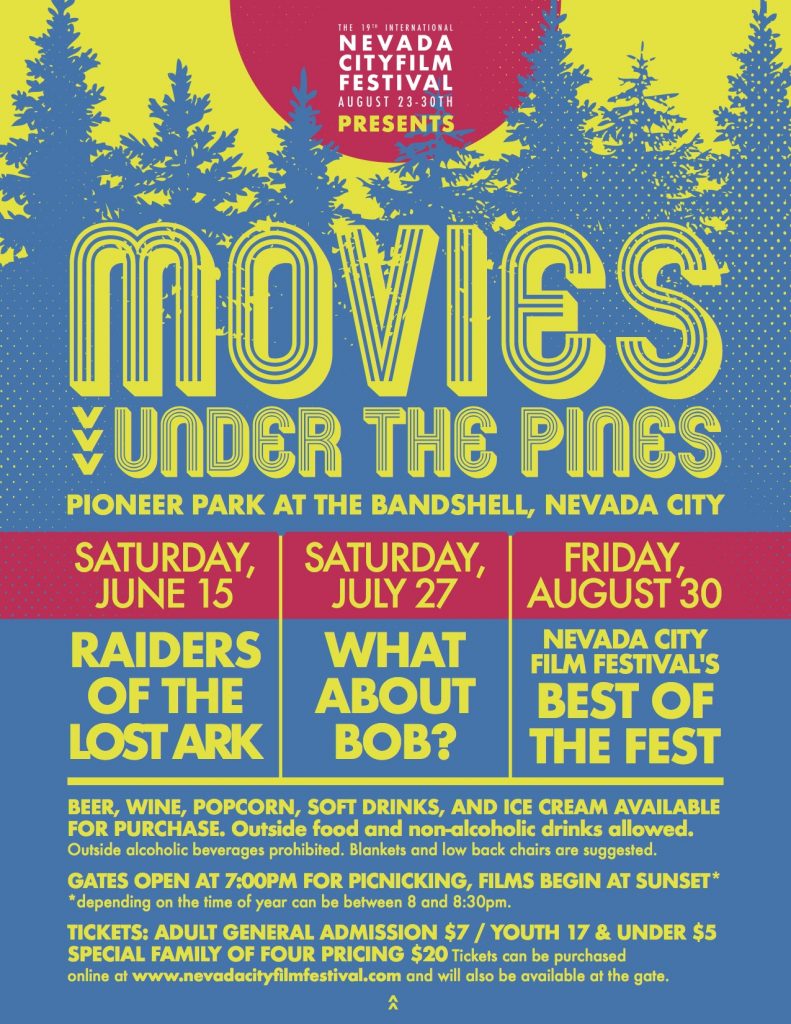 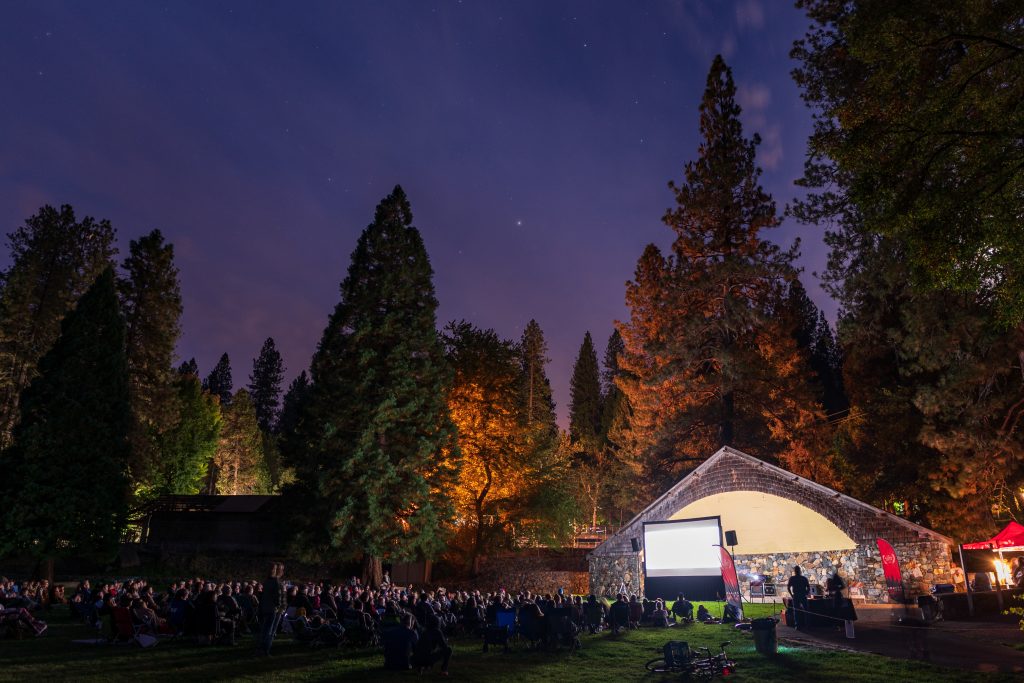