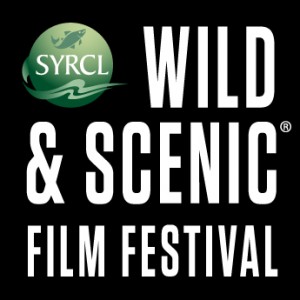 Wild & Scenic Film Festival is happy to announce “Currents of Hope” has been chosen as the theme for its 20th anniversary. The theme speaks to momentum toward a brighter future. Coming out of what has been a challenging year for all, we are eager to return to an in-person festival and feel optimistic about the growing groundswell of the environmental movement. In aligning ourselves with this theme, we envision a hopefulness that is grounded in real and measurable action, constantly moving us forward like the mighty rivers that are the lifeblood of this planet.

The past year has left the planet and its people ready to act and transform. From the impactful Black Lives Matter movement and its continued influence in shaping change, to our government’s renewed commitment to climate action, we remain extremely hopeful that today’s activism will lead us to the change we need for the future.

2022 marks the 50th anniversary of the Clean Water Act, a bedrock environmental law governing water quality in the United States. As Wild & Scenic reflects on our own milestone with 20 years of inspiring activism, we are excited to tap into our roots as an event that benefits our own local watershed. “Currents of Hope” celebrates a vision of a healthy, thriving planet regenerated by the unstoppable flow of compassionate communities who share in this dream.

Over the years, dozens of Official Selections have dealt with Clean Water Act issues, from the water crisis in Flint Michigan to the impacts of gold mining in Alaska. Audiences can be sure the 20th annual festival in January will continue to explore these crucial topics while supporting year-round work of the South Yuba River Citizens League (SYRCL) to unite the community to protect and restore the Yuba River watershed. We look forward to reflecting on the clean water victories that SYRCL has accomplished as your Yuba River Waterkeeper and celebrating what is on the horizon for the continued work to have clean and safe waters accessible to all.

Wild & Scenic Film Festival is currently accepting film submissions for the event taking place January 13-17, 2022. The Early Bird Deadline is May 28th and film submissions will be accepted through August 24th. While all films will be considered we are especially interested in films that explore the “Currents of Hope” theme.

In June, the festival will hold two virtual film screenings featuring a selection of fan favorites and award-winners from the 2021 flagship festival. More information about this “Virtually Summer” series as well as film submissions can be found online at www.WildAndScenicFilmFestival.org.

One of the nation’s largest environmental and adventure film festivals, Wild & Scenic Film Festival combines stellar filmmaking and first-rate storytelling to inform, inspire and ignite solutions to restore the earth and human communities while creating a positive future for generations to come.

The Wild & Scenic Film Festival is produced by the South Yuba River Citizens League (SYRCL) from their headquarters in Nevada City, California. Wild & Scenic events serve as fundraisers for the organization, supporting year-round work to unite the community to protect and restore the Yuba River watershed. For more information, visit WildandScenicFilmFestival.org.