Internationally acclaimed pianist Michael Brown knew from a young age that he wanted to be among the classical music greats. Thirty years of hard work and dedication have transformed his dream into a top place on the world stage as a pianist and composer. Brown brings his masterful skill to InConcert Sierra on Sunday, Oct. 20.

Brown is an artist with the Chamber Music Society of Lincoln Center (CMS), an honor in the classical music world due to its high standards of excellence. Last season, InConcert presented a CMS ensemble which included Michael Brown, and his performance was noted by InConcert artistic director Ken Hardin.

As winner of the 2018 Emerging Artist Award from Lincoln Center and a 2015 Avery Fisher Career Grant, Brown has been hailed in the international media for his refined musicianship and for being “one of the leading figures in the current renaissance of performer-composers,” according to the New York Times.

“My musical life began at the age of two as I danced in front of the TV to the songs of Raffi,” Brown said. “By age three, I had listened to Billy Joel’s Piano Man so many times that I wore out the cassette tape. At four, I realized I wanted to be the reincarnation of Mozart so I embarked upon a life of exploration, some isolation, but mostly pure and utter joy.”

“Michael is an exciting artist to follow on the international chamber music scene,” said InConcert Sierra Artistic Director Ken Hardin. “He brings incredible artistry to both composition and performance. I am delighted to present him as a solo artist and believe our audience is going to really enjoy this riveting young talent!”

His performance begins at 2 p.m. on Oct. 20, with a pre-concert forum at 1:15 p.m. “The forum offers a great opportunity for the audience and Brown to get to know each other in advance of the concert and offer insight to his program and career,” Hardin said.

Tickets are $38 for general admission and are available by phone at 530-273-3990, online at www.inconcertsierra.org (ticketing fees may apply), in person at BriarPatch Co-op and also at the door on the day of the performance. There are a limited number of free youth passes for those 5-17, available with the purchase of a general admission ticket. Please call 530-273-3990 to arrange in advance. 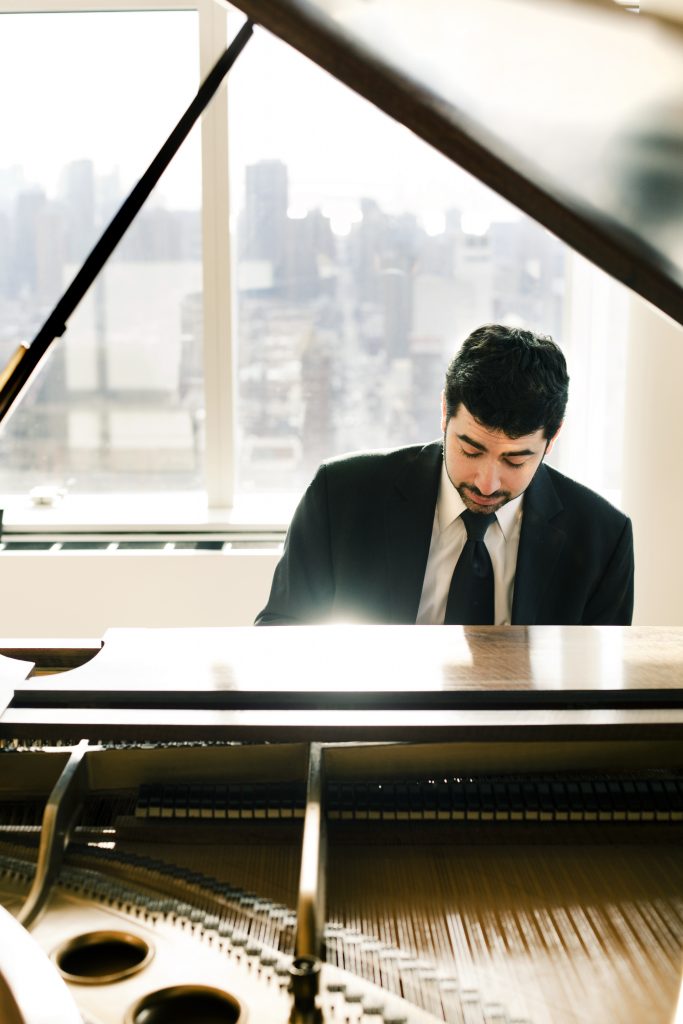