On Saturday, September 14, 2019, from 11 am-4:30 pm, the Friends of North Bloomfield & Malakoff Diggins, California State Parks, San Francisco’s French Consulate General, and EFSAC (French education in the Sacramento area) will jointly commemorate the French heritage of the Park in a delightful small-town festival.

Attractions include live French-themed music performed by Nevada County favorites Beaucoup Chapeaux. They will present selections from their French repertoire, spanning 400 years of songs and tunes.

EFSAC (French Education in the Sacramento Area) will transform a corner of town into Le Village, an outdoor French language historic experience with short lessons (French for pioneers), entertainment, games, and a special treasure hunt or chasse au tresor.

French will echo through the streets of town once again as it did 150 years ago.

Guest speakers will describe the historic French connections to the Park’s Gold Rush past.

Guided hikes will tour the historic town, buildings, cemetery, and picturesque gold mine diggins. Historic buildings will be open and blacksmith demonstrations will be offered throughout the day. French-themed food and locally sourced wine and beer will be available for purchase.

A silent auction and basket raffle will be offered, with French-themed gifts, as well as travel, art and food gift certificates. Offerings include accommodations in France.

Free registration RSVP on Eventbrite will help the organizers to plan for food, and pre-registration will be rewarded with a first raffle ticket at the welcome tent (must be 18 years old).

Research has revealed that the French influence at Malakoff Diggins State Historic Park was widespread. Entrepreneurs designed massive water systems and hydraulic ventures, opened hotels and businesses, and planted gardens. They dominated the local scene at the Park for 15 years, laying the groundwork to the nation’s biggest hydraulic operation of the day, the North Bloomfield Gravel Mining Company, which was commonly called the French Company for years. The Malakoff Mine became so large that it was the defendant in the famous federal lawsuit that handed down the Sawyer Decision (1884), the renowned injunction against the laissez-faire practice of polluting waterways.

“I’m just so excited about reconnecting this history with the French community,” notes Mark Selverston, lead author on a 2016 report documenting the role of the French at Malakoff Diggins SHP. “We had no idea what we would find as we researched the early developments at the Park. We have pieced together an amazing compilation of maps, records, and mining-related innovations associated with the early gold seekers, who just happened to largely be of French and French Canadian heritage.”

Malakoff and the neighboring towns of North Bloomfield and Lake City persisted as dense communities where French culture dominated. As the Nevada Daily Transcript noted in 1866, “these claims are owned mostly by Frenchmen, and some forty are employed on the works. The hotel is filled with boarders and French appears to be the ruling language” (Nevada Daily Transcript 1866)

Malakoff’s French Connection Festival commemorates those French and French-Canadian pioneers responsible for much of the early technological and cultural developments at the Park in a festive, lively gathering open to the public.

Dignitaries from near and far including the French Consul General from San Francisco, Emmanuel Lebrun-Damiens will attend.

Today the Park is often characterized as a place of peace, quiet, and solitude, an ironically drastic shift from the destruction and devastation that created it. Popular activities include historic town tours, hikes through scenic diggings, mountain biking, camping, fishing, and photography.

Guests coming to the event from out of town are encouraged to stay for the weekend. The French festival will be held at North Bloomfield, a wonderfully preserved and remote Gold Rush “town museum” located 45 minutes north of the charming towns of Nevada City and Grass Valley. The region is known for natural beauty, unique shops, delicious restaurants, and other parks and cultural events. Nevada City will be celebrating the signing of the U.S. constitution during the same weekend with a parade, Revolutionary War living history, and a free outdoor big band concert in the downtown historic district.

The Friends of North Bloomfield & Malakoff Diggins (FNB&MD) is a nonprofit organization dedicated to supporting the educational and interpretive activities for Malakoff Diggins State Historic Park, through fundraising, developing programs to bring new visitors to the Park, and creating new experiences for traditional and non-traditional Park users alike.

To learn more about the research that led to our understanding about the French at Malakoff, you can view or download the 137 page report. 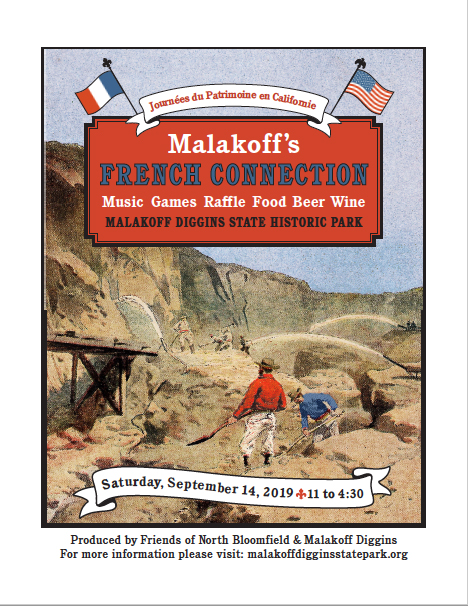 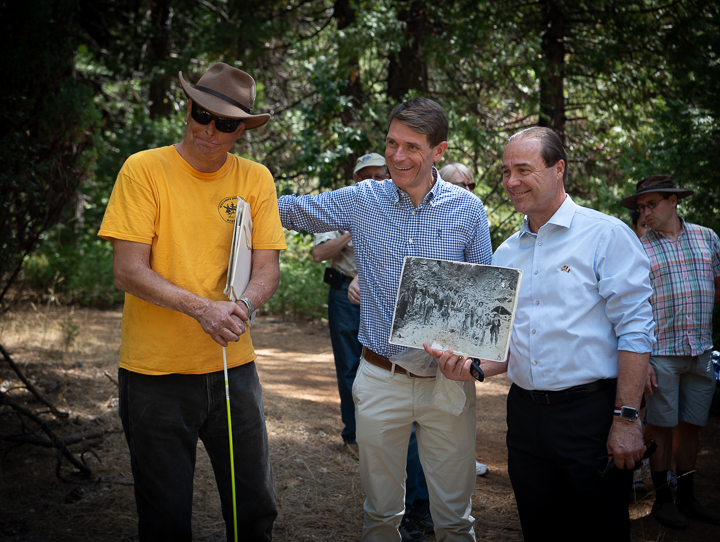 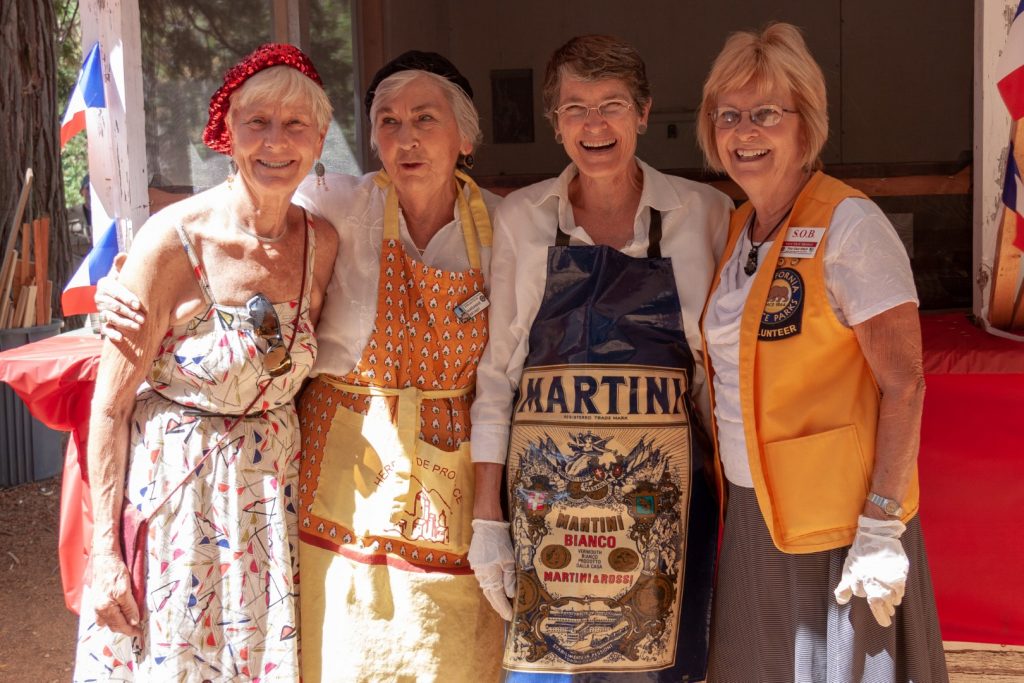 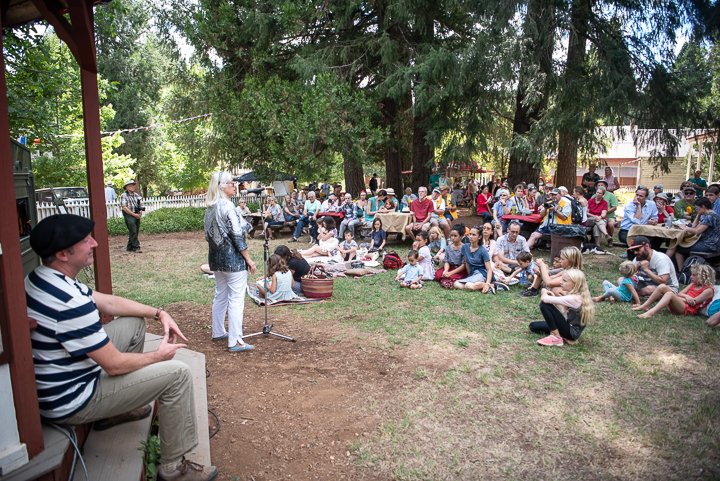 We enhance the interpretive experience for visitors, promote park-based education for learners of all ages, and support and preserve the natural and cultural resources of Malakoff Diggins SHP.

We also assist other cooperative associations and the State Park System mission for the benefit of the public.

California State Parks’ mission is to provide for the health, inspiration and education of the people of California by helping to preserve the state’s extraordinary biological diversity, protecting its most valued natural and cultural resources, and creating opportunities for high-quality outdoor recreation.

The General Consulate of France in San Francisco, the Cultural and Scientific Services of the French Embassy represent France’s cultural, scientific, political and economic interests in Northern California and ten other states (Alaska, Guam, Hawaii, Idaho, Montana, North Nevada, Oregon, Utah, Washington and Wyoming). While providing various consular services to French nationals, the General Consulate is a platform which promotes cooperation, innovation and mutual understanding between France and the U.S.