Doing what you love and sharing what you love is the mantra of artist and gallery owner LeeAnn Brook. Four years later, her model for a gallery has proven strong. LeeAnn Brook Fine Art was started in 2015 after Brook rented a vacant building and featured a pop-up show which was to only last two weeks. She then decided to incorporate her on-site working studio as part of the gallery and open full time. Sharing her work in progress as well as the work of over 20 additional artists, LeeAnn Brook Fine Art celebrates its 4th anniversary featuring the photography of Frank Francis.

“I started the gallery by bringing in work that I would collect myself. I felt I had to love what I represent. This immediately started the curation of the gallery, adding artist’s work that would complement each other with a contemporary, often nature-inspired theme. I first saw Frank Francis’ work over 15 years ago, and it never left my mind. With photography becoming so commonplace once the digital world came along, it is unusual to see work that is memorable. Frank’s work spoke to me then, and continues to today,” remarked Brook.

In Francis’ artist statement for his show “The Color of Water”, he describes his experience of this new work perfectly in word pictures:

“This show has its formation during the winter months when the rain and the winds bring about changes to the earth, enhancing colors and forms, some totally unexpected. The winter rains, sometimes falling gently, sometimes with great vigor, create movements in the soil drawing out pigments. The pigments then mix and create a new palette. Just below the surface, often at the edge of a pond, the currents carry their mixture through the vegetation producing a new tonality. Plants that spend much of the year dry now happily float in the waters. With the advent of the new colors, the reeds and cattails can show their bold contrasts and variety of forms, giving rise to natural calligraphy. Places where the earth becomes full of water, near the pond’s edge, mud is created, oozing new colors. The storms whirl, distributing leaves and branches upon the newly formed colors creating another surprising palette.”

“Trying to catch this splendid display has required a process of repeatedly going out after, and sometimes during, the storms, then going again and again. There are long hours in silence, waiting for the light to point out the simple, subtle arrangements in an almost eastern-influenced world.”

Frank Francis was born in Utah, began his studies at Utah State University then moved to San Francisco to attend the University of San Francisco Law School. Married in 1958 to Frances Seppi, they lived in the city for several years, then fulfilling their desire to live in a habitat closer to the natural world, they moved in 1963 to Nevada City where they have lived up to the present.

Frank practiced law until 1977 when he was appointed to the Superior Court in Nevada County. Retirement came in 1997. During the early years in Nevada County, the center for his photography was the world around him—the foothills, the Sacramento Valley and the Sierras. As time went by, his interests expanded to foreign worlds and intensified after retirement in 1997. The camera and an urge for adventure has taken him to very remote corners of the earth including treks to Mongolia, the Middle East, Africa, Bangladesh, India and Myanmar. The mode of travel was most often solo, primitive and simple in order to be close to the subjects he was seeking to photograph. Circumstances have now changed and his photography has returned to the old haunts—the foothills, the Valley and the Sierras, from which this show is based.

The gallery’s anniversary show will also feature new work by LeeAnn Brook, as well as work by over 20 other artists in various mediums including sculpted wood vessels by Mike Snegg and encaustic paintings and sculptures by Deborah Bridges. LeeAnn Brook Fine Art is open daily from 12-5p.m., and is located at 231 Broad Street in downtown Nevada City. For more information about the gallery’s artists and events, visit www.leeannbrookfineart.com. 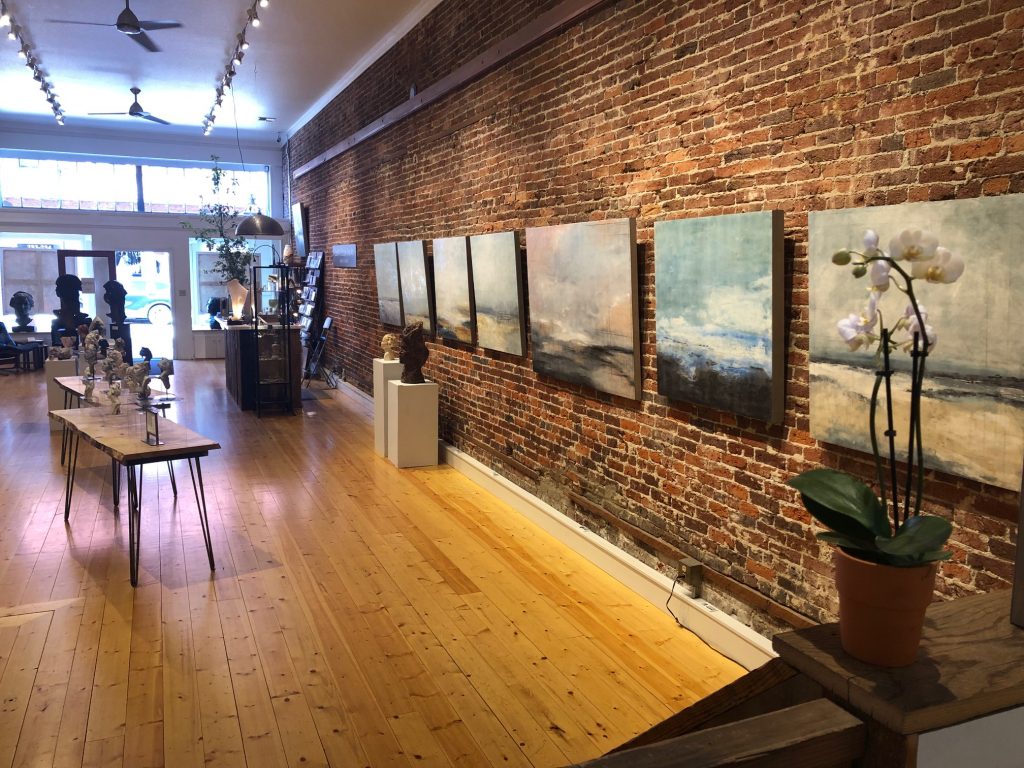