Last weeks events are cancelled/postponed, check the website for status of future events coming up:

Band Beyond Description is a Third Thursday tradition which has become Nevada City’s version of sonic church over the past several years. Channeling the freewheeling spirit of the Grateful Dead and Jerry Garcia, every one of these shows is lightning in a bottle. Led by otherworldly guitarist/vocalist Jonny Mojo (Achilles Wheel) and drummer extraordinaire Gary Campus (Deadbeats), prepare for two extended sets of full-throttle exploration. They are joined by a rotating cast of musicians from all over the region, thus every month is completely fresh and bursting with improvisational gusto. We are dead serious when we tell you that many consider this to be just as good or better than many of the country’s most acclaimed tribute bands. Sing-along classics are paired with the deepest cuts from the iconic songbook. While this is a can’t-miss event for deadheads, it goes beyond that, illuminating the phenomenon of pure spontaneity when creative forces converge. Jerry would be proud!

The band will be exploring the rootsy Americana foundation of the Dead’s catalog with an acoustic emphasis. The special guests are Jenni Charles (violin) and Jesse Dunn (guitar) from Dead Winter Carpenters! We are also excited to welcome Berklee School of Music grad Daniel Roholt of Brotherly Mud (bass). You can also look forward to the tremendous talents of local mandolin prodigy Kyle Ledson elevating every song. And of course our trusty sound guy Tim High will add his majestic vocal presence to the mix.  https://youtu.be/nN2CbnqCDOY

Not far from where gold was first discovered in the Sierra Foothills, a band calling itself Knuf has emerged with similarly auspicious tidings. When this trio hits the stage, they attack each moment with laser-focused intensity. Their influences from jambands like Phish and Grateful Dead are evident, yet they are committed to applying their own strokes to the canvas. Everything is funky as can be with a vibrant coat of creativity bringing it into the fourth dimension. There are a lot of bands that can jam, but Knuf sets itself apart with a remarkable vocal presence led by guitarist Matt Gillies. The man is oozing with soul and swagger. They also have a solid foundation of original material sprinkled amidst the fantastic array of covers. Tasty improv jams are led by liquid guitar and propelled by a forceful rhythm section. If only dancing was always this easy.
http://www.knufdup.net
https://www.youtube.com/watch?v=IWNyYRQUipE 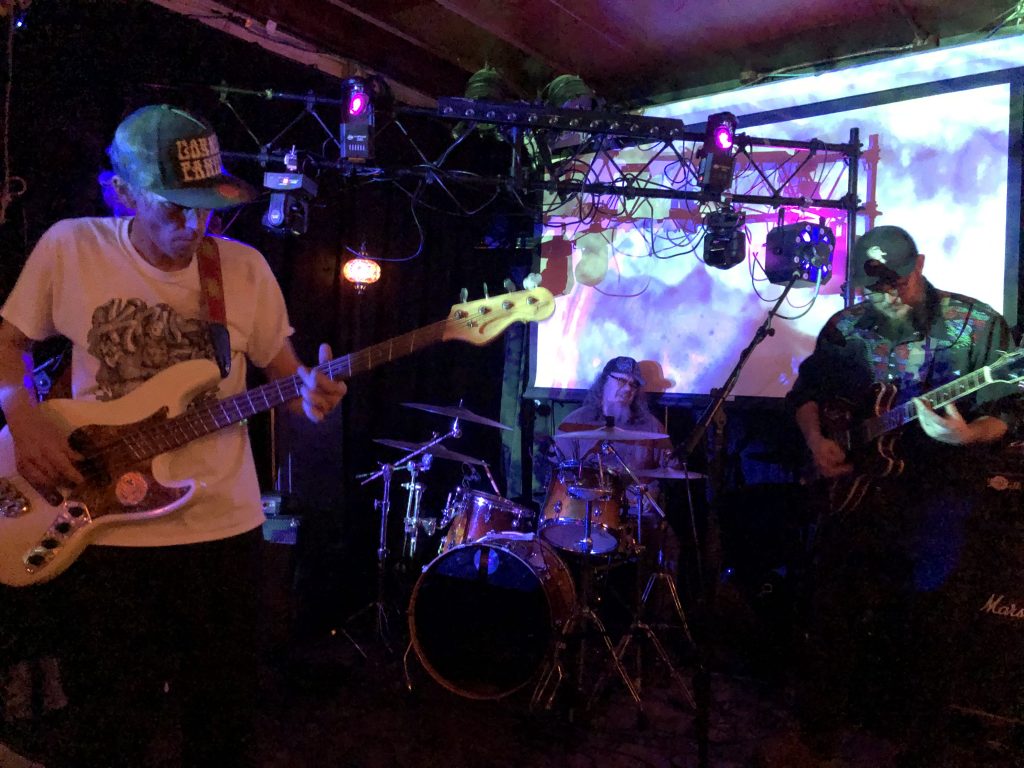 We’re celebrating Spring Equinox with a local musical phenomenon! The Earles of Newtown are a one-of-a-kind joy factory with their approach to electric gypsy jazz, speakeasy soul and seductive blues. This eight-piece, vaudevillian-inspired, musical circus cross-pollinates both vintage and modern beat culture into an intoxicating, crowd-pleasing elixir. When you’re dancing recklessly to their sexy, back-alley grooves, you’ll straddle the space-time continuum from the roaring 20’s to the present.
This is a band that must be seen to be believed. There’s a good reason they’ve had the honor of opening for New Orleans legends – Dr. John and Allen Toussaint. They’ve also performed on billings that include such notable acts as Trombone Shorty, March Fourth, Turkuaz and more. They’ve continued to evolve over the years and are better than ever.

The Earles’ focus is on captivating original music and providing the audience a highly entertaining stage presence. This hinges on the ringmaster-like antics of lead singer/washboard expert, Chad Conner Crow. It is also propelled by founding member and namesake, Earle Ford’s intensity as musical director, trumpet-master and co-vocalist. The band is comprised entirely of all-star level players including Western Swing Hall of a Fame member and Nevada City hero, guitarist Bob Woods. 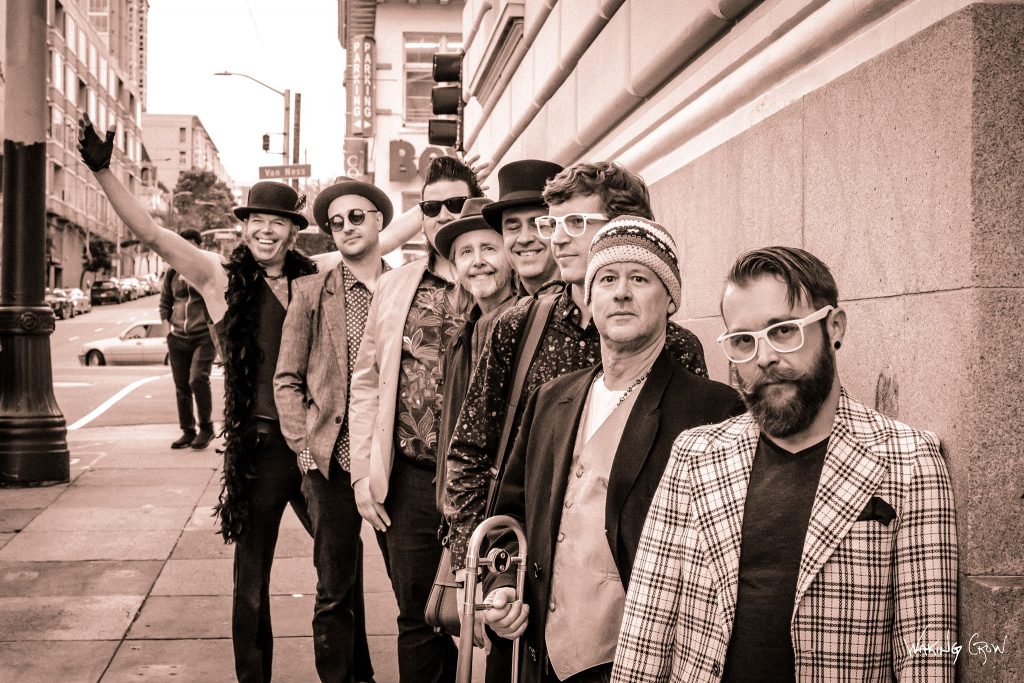