Every year on Day of the Dead, Folk Trails Hiking Club, Outside Inn/Inn Town Campground and Nevada County Cemetery District invite residents and visitors on a lovely four-mile urban walk through Nevada City’s historic cemeteries. The extremely popular event attracts close to one hundred attendees each year, but due to COVID it has been canceled. Instead they are offering an abbreviated self-guided version you can do with your family and close friends.

The stunning fall colors make for a most beautiful backdrop on this walk through Nevada City’s historic cemeteries. You will visit Pioneer Cemetery off of West Broad Street, St. Canice Historical Cemetery and Pine Grove Cemetery on Red Dog Road. Each of these cemeteries offer a glimpse into our past; you’ll learn more about some of the individuals who are buried here and pay respect to those who have come before us.

Add to the experience by picking up a copy of “Cemeteries of the Western Sierra” by local historian Christopher Ward. Chris shares his immense passion and knowledge in the book. And if you ever get the chance, be sure to take his Cemetery Walk up at Malakoff Diggins Historic State Park. You can find the book at Harmony Books, 130 Main Street, Nevada City. 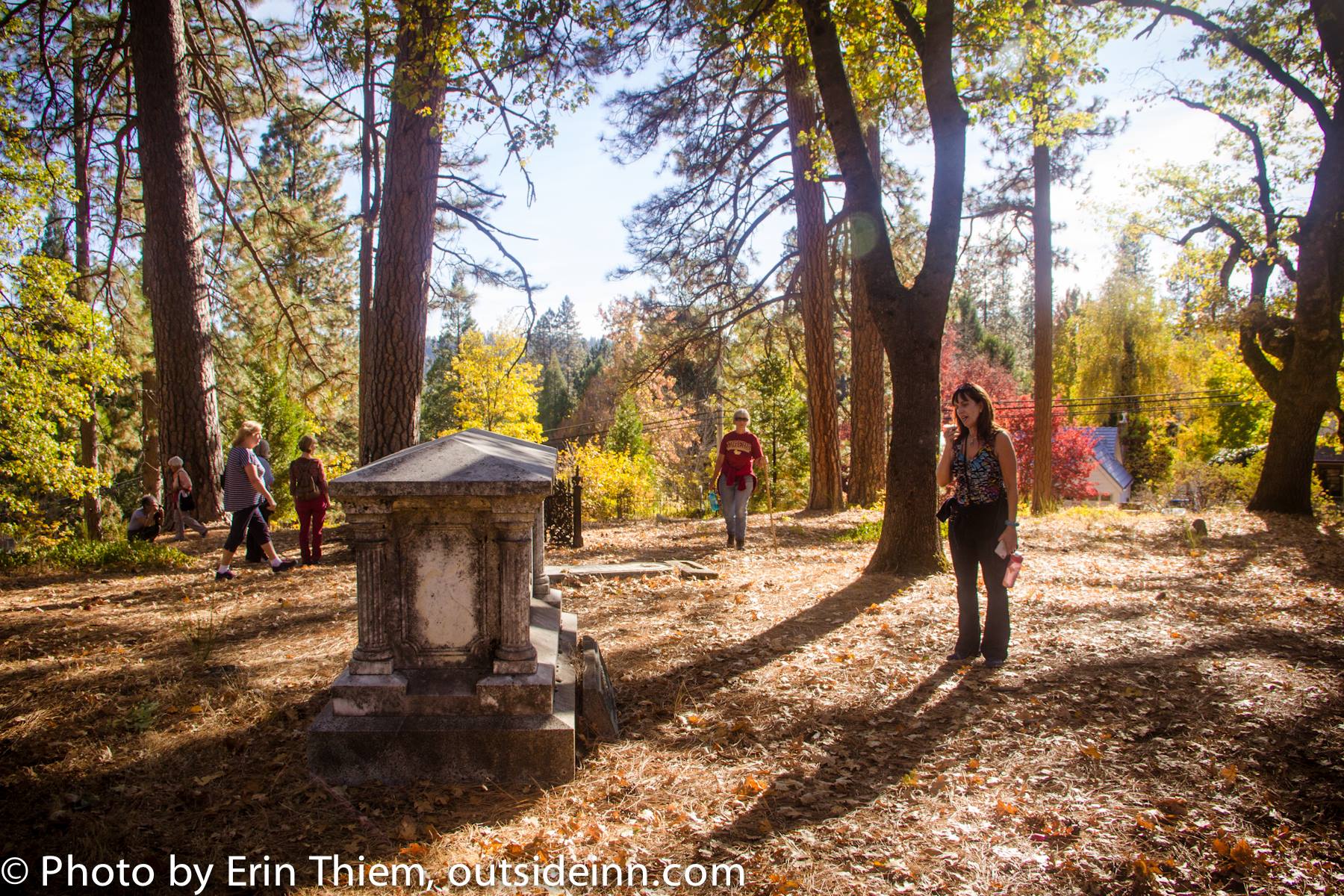 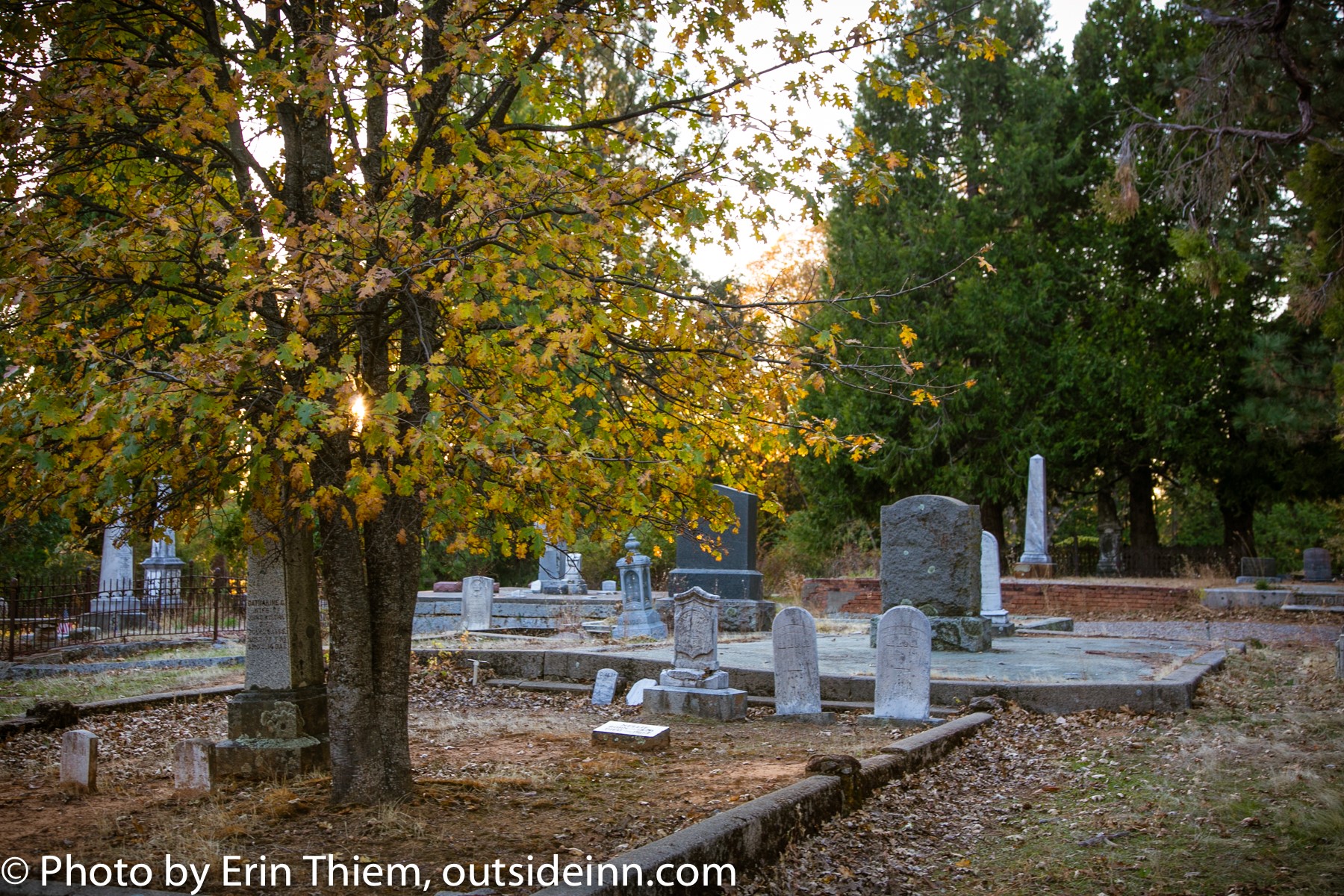 Pine Grove Cemetery was established in 1851 and is named in honor of Mary Ann Groves, wife of the village undertaker and local businessman William C. Groves. Set on five acres, it is one of the oldest cemeteries in Nevada County and the final resting place of generations of long-established Nevada County families, members of various fraternal organizations, and veterans of the Spanish American War and World War I.

Many of the citizens buried at Pine Grove were born long before gold was discovered and California became a state. Partially restored by a local gardening group, the cemetery features elaborately carved tombstones and intricate ironwork.

The cemetery features 120 varieties of heirloom roses and also has the last known wooden headstone in the area.

Folks Trails Hiking Club and Outside Inn/Inn Town Campground invites history and nature lovers of all-ages to join them on a series of urban hikes or “micro adventures” through historic Nevada City and its outlying neighborhoods. Led by Jesse Locks, a California Naturalist, founder of Folk Trails Hiking Club and certified in Wilderness First Aid, these hikes are perfect for both residents and visitors looking for a deeper understanding and connection to this beautiful and unique corner of the world.  For more information go to www.folktrails.org 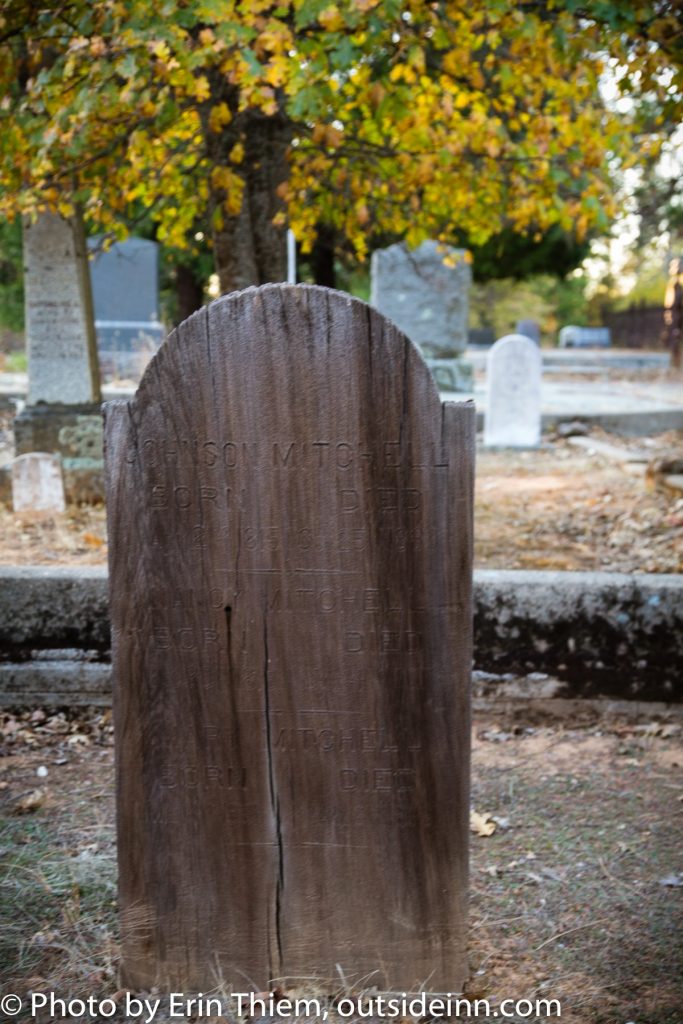