What: Sierra Stages presents “THE CRIPPLE OF INISHMAAN”

Audiences are praising the Sierra Stages production of the enchanting, dark comedy “THE CRIPPLE OF INISHMAAN” by Martin McDonagh playing through March 19 at the historic Nevada Theatre in Nevada City. “This is a first-rate production (another, of course) from Sierra Stages. Great acting, great set. Very well done!”, says one enthusiastic theatre-goer. Others echo this praise with comments such as “Wonderful script, staging, and acting by all,” “Totally enjoyable…even the “edgy parts,” and “Fantastic show, beautifully directed.”

In this dark comedy, set in 1934 and spun in the great tradition of Irish storytelling, the impoverished island community of Inishmaan is dazzled by the “glitz and glamour” of Hollywood when a movie director visits the neighboring island to cast his upcoming film. “Cripple Billy,” who would like nothing more than to leave the cliffs of Ireland and his tedious life behind for the hills of Hollywood, hitches a ride and auditions – not knowing how this journey would affect his life and the lives of everyone around him. 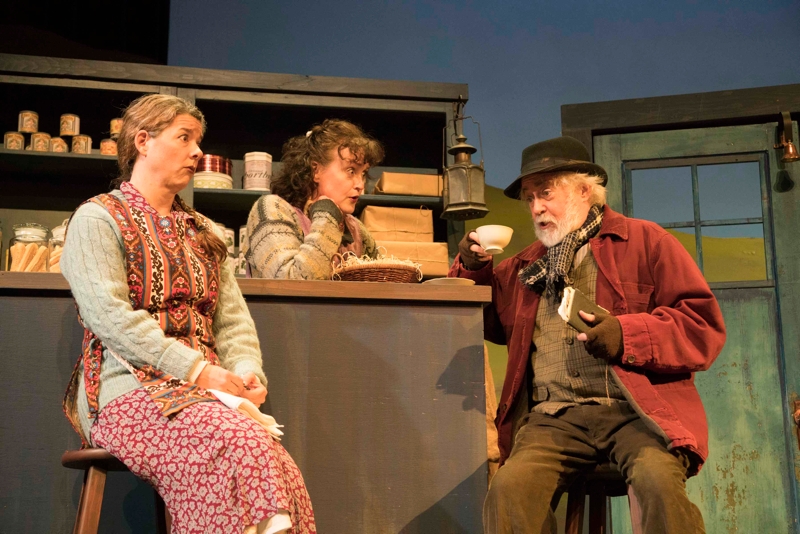 There are only a few more performances of THE CRIPPLE OF INISHMAAN over the next week before the show closes on March 19:  Thursdays at 7 PM, Fridays and Saturdays at 8 PM. General Admission is $25, and Reserved Seating (advance only) is $35.  In addition, $15 Student Rush (age 25 & under with valid student ID) is available at the door.