Animal Place, a local non-profit farmed animal sanctuary, invited restaurants in Grass Valley and Nevada City to join the county’s first ever Vegan Burger Battle! Created to encourage restaurants to offer healthier, more compassionate food choices and give customers one more reason to frequent and support local restaurants, nine restaurants joined the friendly competition. Each restaurant served a special vegan burger throughout the month of August, and provided a small entry fee that benefits the rescued animals at Animal Place.

After 190 vegan burger reviews, California Organics was voted Best Overall Vegan Burger, based on presentation, creativity, and taste! They served a Hearty Sunflower patty on a sourdough bun with chipotle vegan aioli, sweet grilled corn salsa, crisp arugula, zesty red onion mojo and tomatoes. The corn salsa was definitely a crowd-pleaser, and was mentioned by many diners as the highlight of the burger.

Many competitors offered a housemade burger, while others used a “meat-like” burger, like the Beyond Burger or the Impossible Burger. Fudenjuce took the crown for Best Beyond Burger, topping it with red onion, romaine lettuce, fresh tomatoes, sesame-tamari grilling gravy, three slices of hickory-sage smoked Sweet Earth bacon, and Super Special vegan burger relish sauce.

Winning restaurants will receive their awards at Animal Place’s Community Day, on October 12th. Awards include those described above, as well as Most Photogenic, Great Service, and more!

Didn’t get a chance to try a vegan burger in August? Though the Vegan Burger Battle has come to a close, many of the restaurants are still offering their creation! Afternoon Deli, Briar Patch, California Organics, Fudenjuce, and Jernigan’s will continue to serve their burgers. (Note: Jernigan’s will include the burger as a special occasionally, but it will not be a permanent menu item). Other participating restaurants offer vegan burgers, but no longer have their challenge burger available. Why not support local businesses and satisfy your food cravings at the same time? 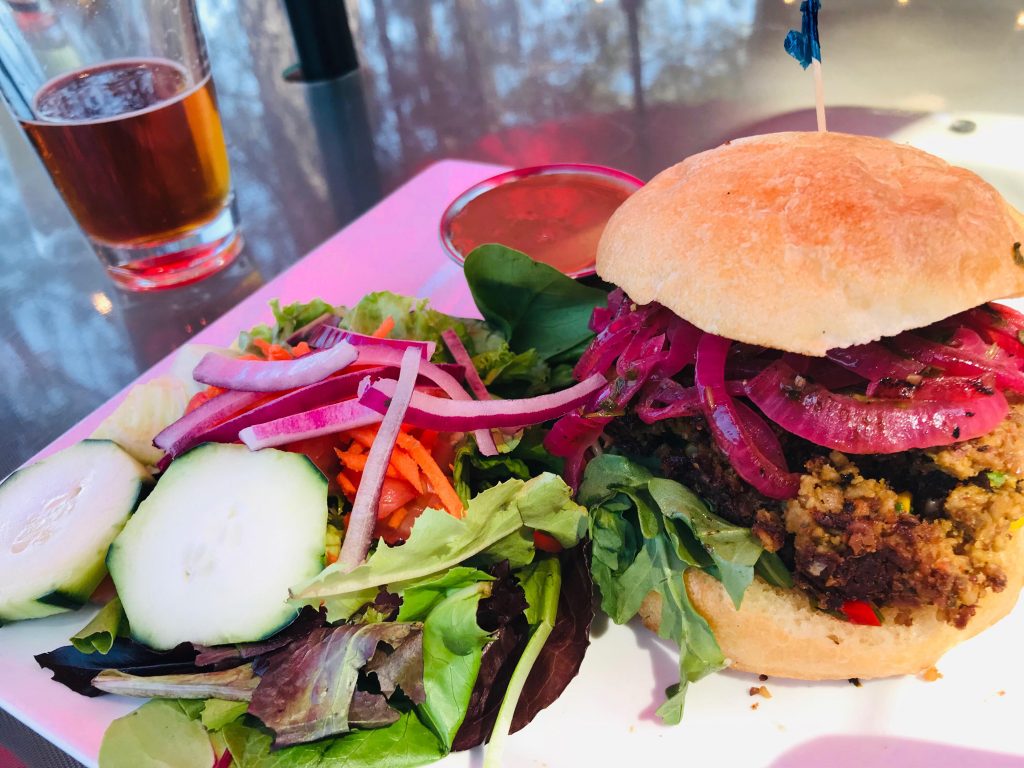