InConcert Sierra begins its 2019-20 season with InConcert Sierra Orchestra’s “Greatest Hits Volume 7.” On Sunday, Sept. 15, Conductor and Artistic Director Ken Hardin delivers a program featuring some of the greatest orchestral works of all time, including a new gem.

This concert is for those who love orchestral music. Some of the most captivating music ever written — breathtaking, passionate, heart-wrenching and fully explored.

For those uncertain about orchestral music, the challenge will be to not fall in love with it. On one of the YouTube clips of Tchaikovsky’s “Romeo and Juliet Fantasy Overture” a listener wrote about how he was surfing YouTube and landed on this piece by accident.

“I like rock and pop music really – Floyd, 70’s, 80’s & 90’s and that sort of stuff. That said, this has to be one of the most perfect pieces of music I have ever heard. I mean forget a 4 or 5-piece band, this is something else,” according to the comment on YouTube.

Another commenter wrote, “I think I just died and had an out-of-body experience.”

The September program features a new composition, “Three Pieces (on Seedlings by Maria Apostoles),” which was composed especially for the InConcert Sierra Orchestra by John Neufeld.

Neufeld is known for his work with the Hollywood studio orchestras, recording for film and television. Some of the films he worked on as a player or orchestrator include My Fair Lady, Spartacus, Jurassic Park, Schindler’s List, and Star Wars. Neufeld’s experiences either as an instrumentalist or orchestrator include working with musicians such as Igor Stravinsky, Pierre Boulez, John Williams, James Horner, Sir Neville Marriner, and Michael Tilson Thomas. Now retired, he lives in Cambria, California, and continues his lifelong practice in music. Neufeld and Maria Apostoles will attend the performance.

“There is a fun story about how I became acquainted with John and why he composed “Three Pieces on “Seedlings by Maria Apostoles,” for the ICS orchestra,” said Hardin, who will reveal the special connection between the two men at the Sept. 15 concert.

“I will say, I’m looking forward to this concert which will present some of the most beautiful music I have ever heard in my life,” Hardin added. “I always look forward to working with the top-notch professional players in the InConcert Orchestra and with concertmaster Richard Altenbach. This is a concert for everyone, but especially for me, I could call it Ken’s Favorites!”

Tickets for the 2 p.m. performance are $38 and available by phone at 530-273-3990, online at www.inconcertsierra.org (ticketing fees will apply) and in person at BriarPatch Co-op or at the door on the day of the performance.

The concert is at 12889 Osborne Hill Road (the Seventh-day Adventist Church) in Grass Valley. For more information, please visit www.inconcertsierra.org or call 530-273-3990. 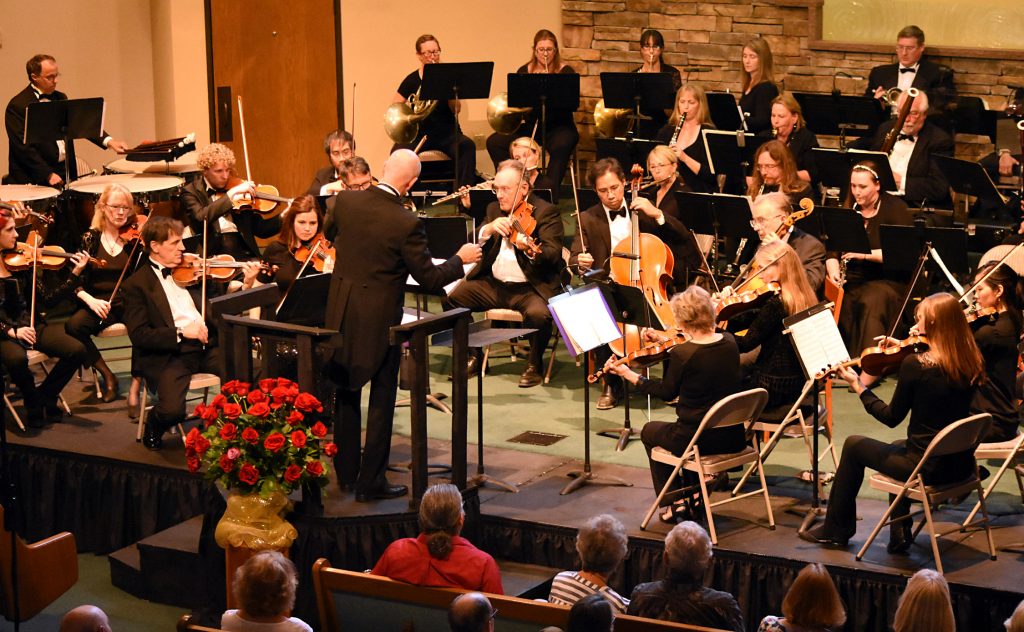 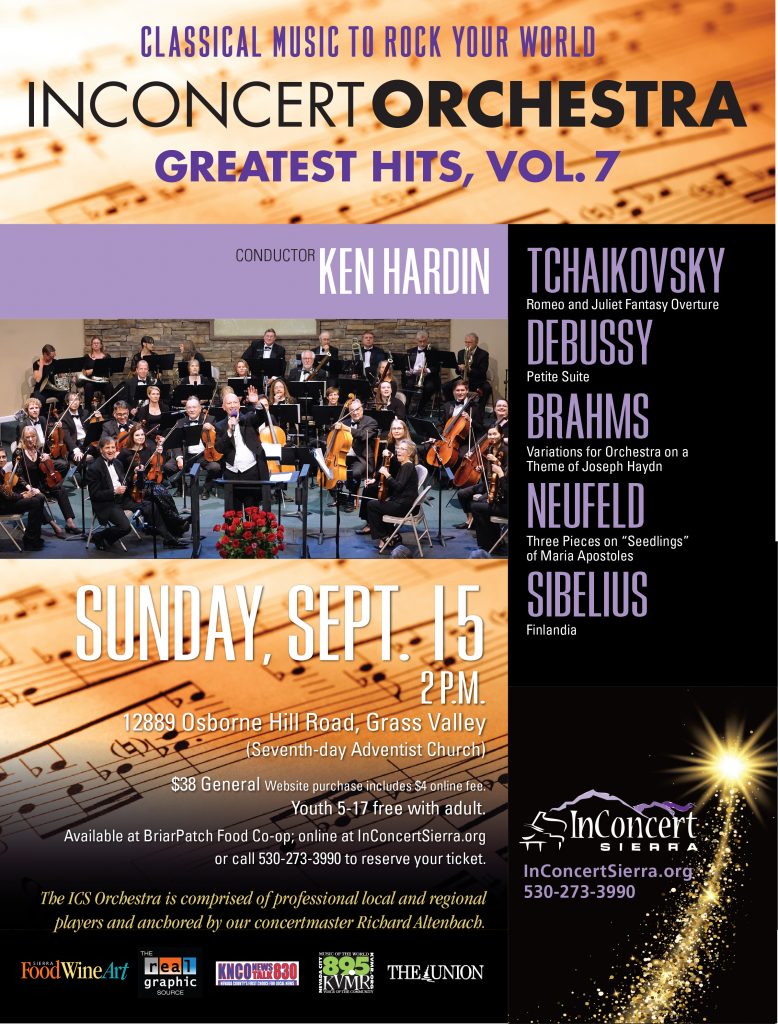