The 24th annual KVMR Celtic Festival and Marketplace mixes Celtic music and magic September 27 through 29 in Grass Valley, California at the Nevada County Fairgrounds, a bucolic setting on 100 acres among giant ponderosa pines. There are eight stages and performance areas. Our main stage hosts many of the best Celtic musicians on the world stage.

Shopping and dining opportunities abound with over 50 vendors and a complete Irish Pub. Hundreds of regional performers, singers, bagpipers, actors, jugglers and storytellers roam the fairgrounds.

Friday night includes pageantry and jousting with the Royal Tournament and Gathering of the Clans, Free Friday Youth Arts Program, and the Friday night Ceilidh – a Celtic party with music, dancing and revelry under the stars.

Musicians are encouraged to bring their instruments and join in with jam sessions and workshops scheduled throughout the weekend. History buffs can explore several encampments of “Guilds” who re-create points and places in time. Exciting and educational, the Celtic Animals exhibit houses falcons, hawks, owls, Irish wolfhounds and ponies.

Revelers make music into the night in the campgrounds complete with tall trees and a lake. Camping and RV hookups are available on-site.

Amateur and professional athletes test their strength and skill in Scottish Games. Children are kept engaged with arts and crafts, story telling, and romping on the straw bales.

We hope you and your family will join us for this year’s KVMR Celtic Festival. 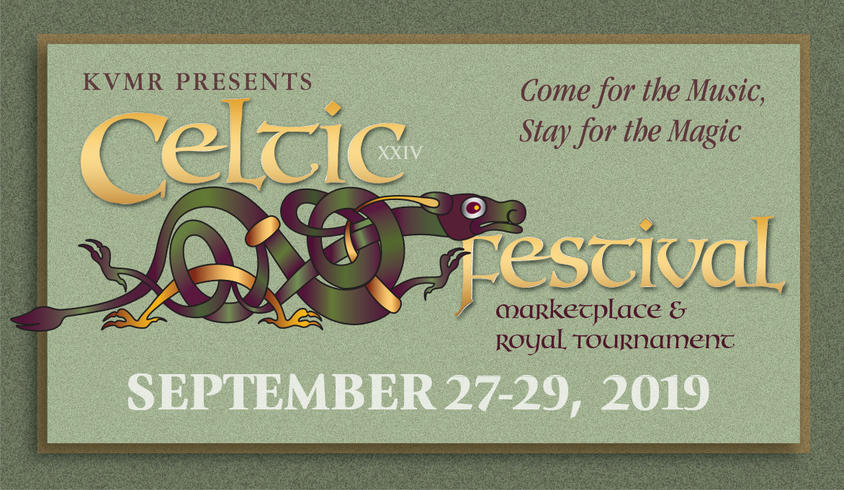 The Celtic Festival’s Friday Youth Arts Program has grown to be a wonderful afternoon of music, magic, dance and arts instruction for aspiring artists. Participants, ages 10-18, learn from world-class artists and festival headliners. Youth participants in the program can take 1-3 consecutive workshops of their choice.

The FREE program includes workshops and a discounted youth day pass for attendees. 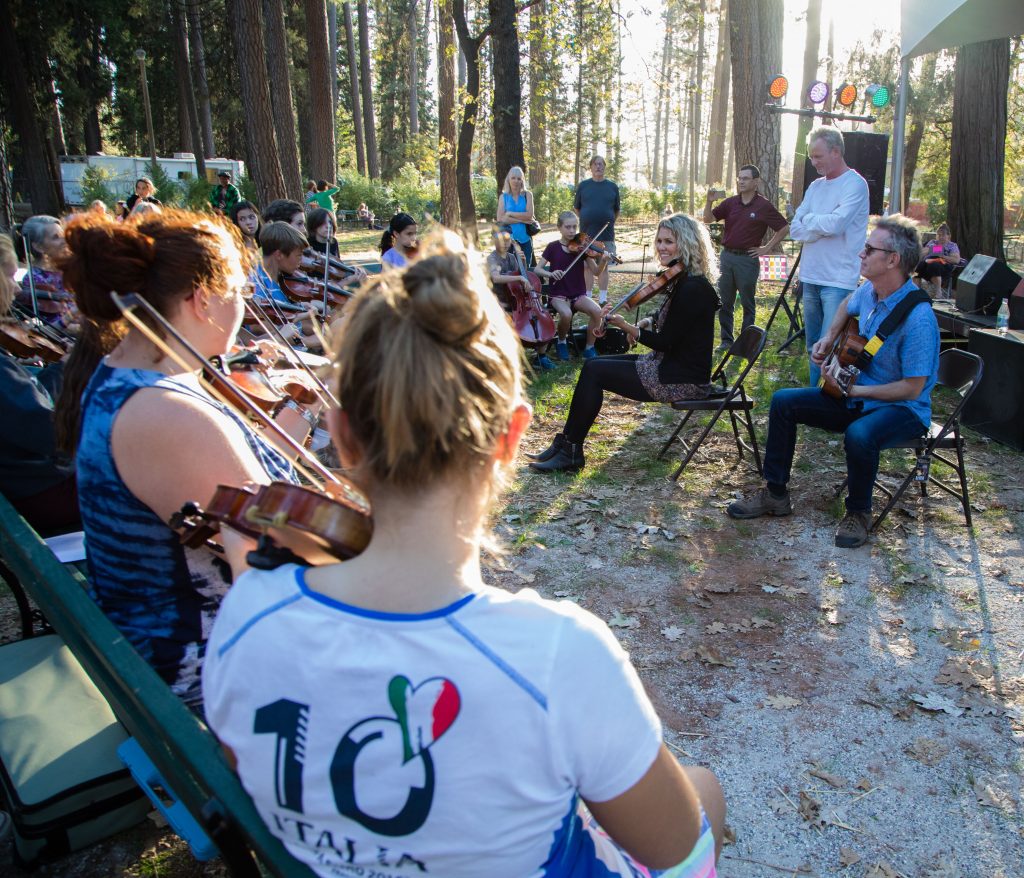 ROYAL TOURNAMENT & GATHERING OF THE CLANS

The three-day KVMR Celtic Festival kicks off with the Royal Tournament & Gathering of the Clans. Chivalry and honor reign on Friday, September 27 with a medieval tournament featuring full contact jousting, dancing horses, sword fights and hand to hand combat presented by the Imperial Knights. Honors to the winners will be presented by the King, Queen and their royal attendants.

The festivities take place in the Nevada County Fairgrounds arena and will include pageantry and a parade with medieval clans and guilds in attendance vying for favors.

The Imperial Knights travel internationally and feature the expert horsemanship of Thomas and Andrea Montgomery. Exhibitions include hand to hand combat and the thrill and excitement of full contact jousting. The company uses authentic medieval weapons and armor along with colorful heraldry and costumes.

Heavy armor jousting was prominent in the 15th and 16th century. The purpose of the competition is for each competitor to try to dislodge the opponent from his/her horse. Armed with 13-foot-long lances, they gallop down the lists toward each other and score points by unseating their opponent or striking the shield.

The Imperial Knights will present jousting exhibitions on Saturday and Sunday at 3:00 pm in the Fairgrounds Arena.

This year the KVMR Celtic Festival will get a running start on Friday night with our Friday Night Ceilidh – an evening of Celtic music and dance featuring the Galen Fraser Trio.

There’ll be line, circle, and couple dancing for all ages and abilities. No need to come with a partner – it’s a great way to socialize and meet friends.

The Friday Night Ceilidh will be held at the Ponderosa Hall at the Nevada County Fairgrounds with indoor space for dancing, an outdoor deck with food and a full service pub, and beautiful garden space for relaxing and enjoying the evening.

“Full of hooks, addictive melodies, and precise musicianship, Seven Nations may be the next frontrunners for the summer tour feel-good band of the new millennium.” — Music Blitz

“The music was riveting … folks were dancing in the aisles … the cheers were deafening.” — Independent Mail

Seven Nations began in New York City, with members now hailing from California, to Toronto, to Florida. Their passionate, tender, and rollicking style veers from roots and folk to dance and fusion-rock. Seven Nations has earned a reputation as an adventurous band with a charismatic stage presence.

“Seven Nations — the name refers to the seven original Celtic nations of Scotland, Ireland, Wales, Cornwall, Galecia, Isle of Man, and Brittany — officially began in 1993 in New York City with a standard line-up of drums, guitars, and bass,” notes lead singer and guitarist Kirk McLeod. “We soon introduced bagpipes into the show, and over time the number of songs utilizing bagpipes grew until it became obvious that they were integral to our emerging sound,” says McLeod. “Most of the band members grew up playing Celtic music, and we’ve been performing original compositions since we began. Our instrumentation, and bagpipes and fiddle mostly, give us a distinctive sound and that’s what makes us different.”

Seven Nations has been touring full-time since 1994 with successful stops in Europe, Canada, Puerto Rico, and virtually every state in the US. The band has recorded a number of albums with over a quarter million units in sales. Their latest album, Tales from the Eighth Nations, has been praised for “having the appeal of the original albums, yet a mature songwriting style. The lyrics are relatable, surprising, and the pipe/fiddle hooks stir a desire to listen to the album over and over.”

Recently they’ve included dates with several American orchestras, most notably the multi-Grammy-winning Atlanta Symphony Orchestra, the Jacksonville Symphony, and the South Carolina Philharmonic. They became the first Celtic rock band to bring this exhilarating collaboration to the stage at an outdoor Irish festival, when they performed an entire show with the Columbus Symphony Orchestra at the Dublin Irish Festival.

“A world beating fusion, which takes pride in their heritage and above all else is a pure joy to listen to.” – Folk Radio UK

Twice winners of Scotland’s Traditional Music ‘Live Act of the Year’ Award (2016 & 2011), Skerryvore have been on a meteoric journey that has taken them from the remote Isle of Tiree on to International tours that have included performances in Central Park NYC, The Ryder Cup Louisville and the Shanghai Expo, China.

Skerryvore kicked off 2018, with an astounding performance in front of 12K revelers at Inverness Hogmanay celebrations. The year was yet another whirlwind of live events, but also interspersed with preparatory work for EVO, their latest album, due for release on June 11th.

The 2015, their Decade World Tour was launched with a sell-out 6000 capacity concert at Mossfield Stadium, Oban and then took in Holland, Germany, Switzerland, Italy, Denmark and USA, as well as UK gigs stretching from Shetland to the South of England. Skerryvore returned to USA in August 2016 for a 7-week, coast to coast tour, their longest yet. Then in 2017, they signed with US agents SRO and enjoyed 2 US tours – a festivals tour and a theatres tour – and by Easter had already completed two of multiple transatlantic trips in 2018.

All members bring their own musical style to the Skerryvore mix. The more they have experimented with this mix, the more the band and their signature sound has evolved. This is evident in the progression across the 6 albums released since 2005.

Their latest 11 track album, EVO is a mix of songs and tunes that typically migrate from ‘big blast’ numbers to heartfelt, reflective tracks. It includes the previously released single “Live Forever” and their latest release, “Take My Hand.” A video for “Take My Hand” was release in 2018.

Following on from the sell-out success of their 2015 Decade event, Skerryvore’s “Oban Live” launched as a two- day event in May 2016 and is now fully established on the Scottish Music Festivals calendar.

“Dàimh have carved a reputation from the bedrock of Gaelic culture … authentic Gaelic music with a modern edge and a magnificent range of expression.” – Folkworld

Taking their name from the Gaelic word for kinship, “The Gaelic Super Group” Dàimh (pronounced dive) are based entirely in the West Highlands of Scotland. From pyrotechnic jigs and reels to achingly poignant ballads, they run the full expressive gamut of folk music at its best, and are justly renowned for their thrilling live shows.

After releasing their first two albums Moidart to Mabou (2000) and Pirates of Puirt (2004) independently, 2007 saw them adding the vocal talents of Mod Gold Medallist, Calum Alex MacMillan and releasing Crossing Point on the Greentrax label working once again with long-time friend and producer Iain MacDonald and for the first time with the legendary Calum Malcolm.

Fourth studio album, Diversions, was released in 2010 with a mixture of high-energy and fast-flowing music from the Gaelic tradition; songs old and new covering all the favourite subjects of the Gaels – love, death, war and drink.

After experiencing their first personnel change in 14 years the band returned stronger than ever with an exciting and inspired new line up and with it their 5th album, Tuneship. Featuring the band’s own compositions, including those of Damian Helliwell from the Isle of Eigg on mandolin and banjo alongside Griogair Labhruidh making his impressive debut with the band on vocals with three songs sourced from his ancestral homeland of Ballachulish. The depth of understanding and passion in Griogair’s singing further highlights the band’s roots in their beloved West Lochaber and North Argyll yet blends perfectly with their cutting edge compositions and contemporary arrangements to create a consummate snapshot of Gaelic music in today’s Scottish Highlands.

The band won the “Eiserner Eversteiner” European Folk Music Award in the 23nd German Folkherbst competition and nominated for Folk Band of the Year in the Scots Trad Music Awards. It has also seen the addition of Murdo Cameron on mandola and for the first time in Dàimh’s history…an accordion!

The Moxie Strings offer listeners the unique opportunity to experience some of the world’s best known instruments through a young, progressive lens. Diana Ladio and Alison Lynn hold Bachelor of Music degrees in music performance and music education, which have given each the technical foundation to explore the limits of her instrument and helped the group build a reputation for musical excellence. Alison performs on a newly- invented, electric cello, and Diana on a contemporary 5-string violin. Both use a variety of audio effects pedals. The Moxie Strings compose the majority of their pieces and arrange melodies from many countries, resulting in a genre-blurring blend of ear-catching, mainstream melodies and foot-stomping, rock-influenced rhythms. The band’s polished, high-energy show continues to redefine strings’ role in contemporary music, and offers audience members a diverse, fun, musical experience. 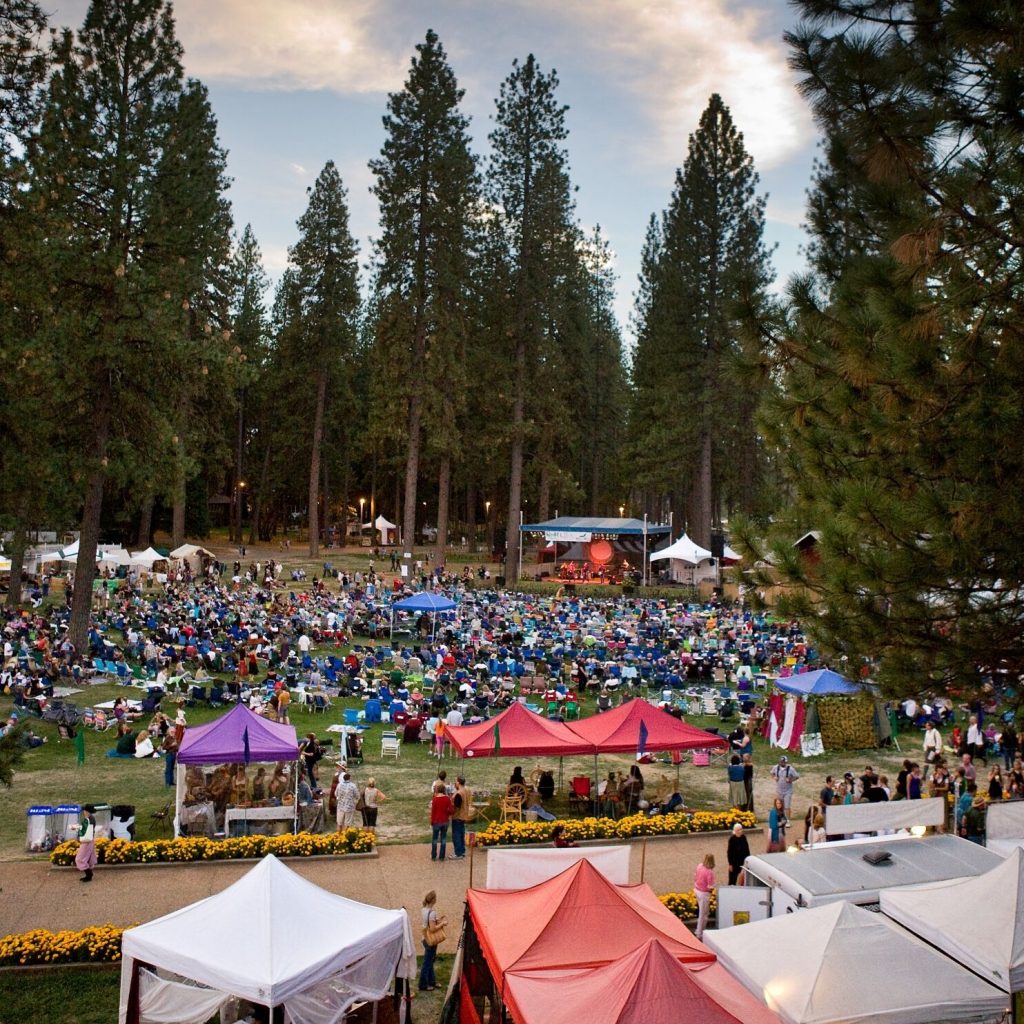