NCFF has been called the “Sundance of the Sierra” for its emphasis on fiercely independent cinema by showcasing innovative, progressive and exciting new voices in film.

This September 8-11, the award-winning Nevada City Film Festival (NCFF) celebrates its 16th year, with an exciting and ambitious program that explores the human condition through creative and artistic filmmaking, while also delving into new frontiers of storytelling such as virtual reality.

NCFF has been called the “Sundance of the Sierra” for its emphasis on fiercely independent cinema by showcasing innovative, progressive and exciting new voices in film.   The festival was also recently named by Moviemaker Magazine as one of the top 50 film festivals in the world worth the submission fee.

“Every year people ask what the theme of the film festival is, and every year I reply with, ‘the best in independent cinema’,” explains Festival Director Jesse Locks.  “This year though, there was a common thread that connected many of the films, and that was the pursuit of happiness.”

This year’s official selections promise to inspire and provoke festival-goers not only with the sometimes true stories shared, but by the creative and ingenious filmmaking methods and mediums in which they are told.

The festival kicks off Thursday, September 8 (7:30pm) at the Miners Foundry Cultural Center with the groundbreaking, feature length documentary film, Of Shark and Man.  The film is about director David Diley, a thirty-two year old man, trapped in a dead end job in England’s industrial north.  His life is going nowhere, until he decides to pursue his lifelong dream to get closer than anyone thought possible, to the world’s biggest Bull Sharks and tell the incredible untold story of Shark Reef in Fiji, one of the greatest marine conservation successes of all time.

The film has received international acclaim including accolades for its soundtrack and use of music, which features the talents of local music producer, David Lawrie.  For the film, Lawrie created an immensely rich sound design where the “character” of each shark species is sonically represented giving the viewer a sense of being completely immersed under water with the sharks at Shark Reef.

Other Films at the Festival

The compelling documentary Crossing Bhutan tells the story of four veteran athletes’ journey to explore Bhutan’s enigmatic policy of Gross National Happiness by making the first 485-mile, border-to-border crossing of this isolated kingdom entirely by foot and bike. Crossing Bhutan has two screenings in the “Adventure Program” on opening night, Thursday, September 8 (5:30pm) at the Miners Foundry Cultural Center and then again on Saturday, September 10 (1pm) at the Nevada Theatre.

This program also features the riveting short documentary Above All Else, which tells the tale of skydiver Dan Brodsky-Chenfeld and how he managed to overcome a life-altering accident in order to pursue his stratospheric dreams.  The film is directed by Yali Sharon and features a spectacular slow motion skydiving scene shot on the RED Dragon at 200fps by Craig O’Brien, the man behind the skydiving segments for Ironman, Godzilla, and Kingsman. Local Director of Photographer Eric Gillespie also worked on the film.

In The Ataxian, one man shows the world that it is possible to take action and find hope under even the most life-threatening and daunting of circumstances.  At age 17, Kyle Bryant, a Bear River High School graduate, was diagnosed with the relatively unknown progressive neuromuscular disease, Friedreich’s ataxia (FA), for which there was no medication, nor cure.  When he is finally relegated to a wheel chair, Bryant decides that enough is enough. He enlists the help of three friends, Sean—who also has FA—John and Mike, and they embark on the “toughest bike race in the world,” the Race Across America (RAAM). The audience accompanies Bryant and his relay bike team through magnificent sweeping landscapes and the unbreakable spirit of a life-changing cross-country trip that shows: life is about how we react.  The Ataxian is directed by Nevada Union High School graduates Kevin Schlanser and Zack Bennett.  It screens Saturday, September 10 (3pm) at the Nevada Theatre.

NCFF teamed up with the Roamin Angels car club to present Havana Motor Club, a personal, character-driven story about Cuba’s vibrant community of underground drag racers and their quest to hold Cuba’s first official car race since shortly after the 1959 Revolution. It tackles how Cuba’s recent reforms — the owning of property, allowance of small businesses, and greater exchange between Cubans, Cuban Americans, tourists, and other foreigners — have affected the lives of these racers and their families. Through the experiences of these racers and their community, Havana Motor Club explores how Cuba is changing today, and also what its future holds in light of Obama’s recent move to normalize relations with the island nation.  The film screens Saturday, September 10 (5:30pm) at the Nevada Theatre. Filmmakers and race car drivers will be in attendance.

NCFF’s closing night film is the award-winning documentary The Happy Film, co-directed by NCFF alumnus Ben Nabors and the late Hillman Curtis, about famed designer Stefan Sagmeister’s wild, unsettling pursuit of bliss, which screens on Saturday, September 10 (8pm) at the Nevada Theatre.  Sagmeister is doing well. He lives in New York, the city of his dreams, and he has success in his work, designing album covers for the Rolling Stones, Jay-Z and the Talking Heads. But in the back of his mind he suspects there must be something more. He decides to turn himself into a design project. Can he redesign his personality to become a better person? Is it possible to train his mind to get happier? He pursues three controlled experiments of meditation, therapy, and drugs, grading himself along the way. But real life creeps in and confounds the process: art, sex, love, and death prove impossible to disentangle. His unique designs and painfully personal experiences mark a journey that travels closer to himself than ever intended.

NCFF is best known for its award-winning short film programs including documentary, narrative, foreign, animation and children’s.  These films come from nearly every continent in the world.  The medium of short films are an important one for filmmakers where they are able to experiment and prepare to make their first feature-length films.  Rarely are short films screened on a big screen, but at NCFF they take center stage.

On Friday, September 9 (7:30pm) at the Nevada Theatre, Grass Valley native, director Jonathan Dayton, along with partner Valerie Farris, will host a special 10-year anniversary of their feature-length debut Little Miss Sunshine.  The crossover indie hit starring Steve Carrell, Toni Collette, Greg Kinnear, Abigail Breslin, Paul Dano and Alan Arkin premiered at Sundance in 1996 and quickly became a smash success grossing $100.5 million and was nominated for four Academy Awards including Best Picture.  Little Miss Sunshine tells the story of the Hoovers, one of the most endearingly fractured families ever seen on motion picture screens. Together, the motley six-member family treks from Albuquerque to the Little Miss Sunshine pageant in Redondo Beach, California, to fulfill the deepest wish of 7-year-old Olive, an ordinary little girl with big dreams. Along the way the family must deal with crushed dreams, heartbreaks, and a broken-down VW bus, leading up to the surreal Little Miss Sunshine competition itself. On their travels through this bizarrely funny landscape, the Hoovers learn to trust and support each other along the path of life, no matter what the challenge.

The Kaleidoscope Showcase at the NCFF, Friday, September 9 and Saturday, September 10 (all-day) at the Miners Foundry Cultural Center, is a curated exhibition of the best in story-driven virtual reality. This exhibition has showcased at film festivals such as Sundance, Tribeca, and Cannes, and in cities such as New York, London, San Francisco, Tokyo, Madrid, and now Nevada City!  The creator of Bright Shadows, Michael Catalano, will be in attendance to discuss his project and the evolving art form of virtual reality.

On Sunday, September 11 (7pm), NCFF wraps this year’s festivities with an outdoor “Best of the Fest” screening at the Ol’ Republic Brewery.  Enjoy food from Fatbelly Taqueria and Buffalo Boys BBQ, live music from Strictly Business, award-winning beer and the winners of this year’s festival including the highly coveted Audience Choice Award.

“Every year, we strive to create a unique space where filmmakers and festival-goers can come to be inspired, amazed, provoked and excited by the art of filmmaking and the technology being used to share these powerful stories,” says Locks.  “Ideally, we will all, in some way, connect and be moved by something we see or experience, and carry that feeling in how we go about our lives, approach our craft, or see the world in the days and months following the festival.” 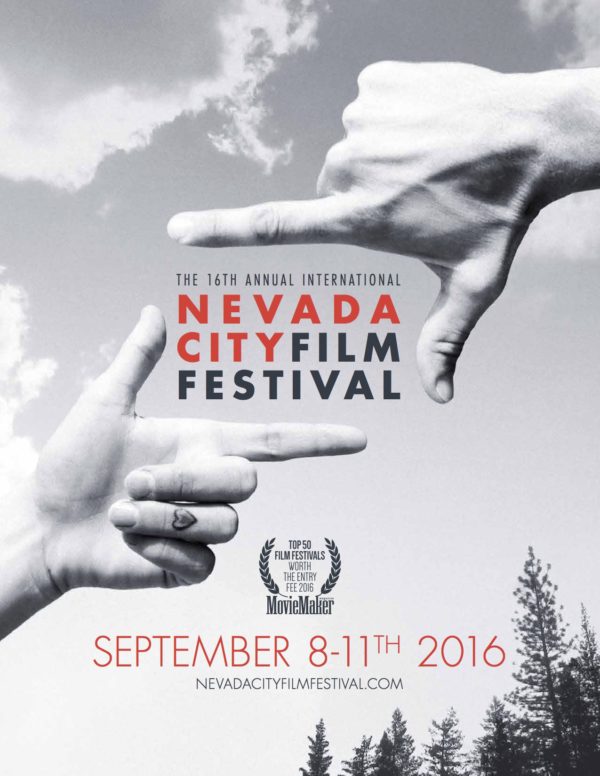